She passes out flyers and feels compelled to stop whenever she drives past gatherings of Black men to ask if anyone needs work. Almost always, someone says yes.

She directs them to open positions at companies where she knows human resources officers. At one time, a donated van transported them to workplaces if they didn’t have a ride.

But companies sometimes reject applicants out of hand, says Jacobs, who partners with Black Workers Matter, a group that fights racism in hiring and in the workplace in West Side and near west suburban TIF industrial districts.

“These young men who come to me want to work,” she tells HR professionals. “Give them a chance.”

In Englewood, about 25% of residents lack a high school diploma or a GED, and many residents lack internet access or basic computer skills, says Cecile DeMello, executive director at Teamwork Englewood, one of the project’s community partners.

The multimillion-dollar Go Green on Racine project, funded by a mix of public and philanthropic dollars, aims to create jobs, housing, healthy food access—and bridge the wealth gap by developing a vibrant 63rd Street commercial district in the heart of Englewood.

Businesses in the project’s developments are expected to create at least 200 to 300 jobs and help retain dollars within the neighborhood.

“Between Inner-City Muslim Action Network, Teamwork Englewood and our other employment partners, we find ways we can get people into different industries where they can leverage the new skill set or trade that they have learned,” DeMello says.

A project like Go Green on Racine couldn’t be completed by community-based organizations—CBOs—alone, Syed says.

Essential workers, disproportionately people of color, quit in large numbers during the pandemic as they faced caregiving demands, a higher risk of becoming infected and other pressures.

Still, many want to improve their situation.

“What we’re seeing now is that folks are leaving lower-paying, entry-level and semi-skilled jobs and either choosing entrepreneurship or coming to the realization that there are better-paying jobs out there,” says Robert Johnson, chief economic inclusion officer at the YWCA of Metropolitan Chicago.

Even before the pandemic, job seekers increasingly were pursuing careers that didn’t require a college degree.

“There’s a growing rise in credentialing, micro-credentialing and certification programs; we’ve rolled out those types of programs as well,” Johnson says. “The value proposition of a $200,000 college education for a job paying $50,000 is not resonating with people.”

In an effort to close the wealth gap, the Y’s Thrive 2025 initiative aims to move 1,000 people into high-growth, high-demand jobs over the next three years. Lack of access to such jobs accounts for about 16% of the nation’s racial wealth gap, Johnson says.

A pipefitter by trade, Herman Pride, owner of Complete Mechanical Piping on the West Side, shifted to growing a business that has employed up to 40 people. He didn’t even know what a pipefitter was until 1994 when a friend told him.

“My intention was to have a place where I can hire African Americans because that was a big problem with a lot of the bigger companies in the city,” says Pride, who has a degree in electrical engineering. “I could see that a lot of us weren’t working a lot.”

To hire more people and procure more supplies to take on bigger projects, Pride needed access to capital. Like many companies, he doesn’t always get paid on time.

He turned to the U.S. Minority Contractors Association and Hire360, an industry-led, community-focused organization of developers, general contractors and labor unions that supports small and minority companies with direct investment and other services.

Since Pride launched his company, he has won contracts at O’Hare International Airport, the Illinois Tollway, Chicago Park District and several major hospitals and water reclamation districts, among other projects.

He started without financial backing. “It was strictly out of my pocket,” he says. “I just climbed my way up.”

“We need to create opportunities for these small businesses to grow so they can hire, because they typically will hire from the (Black) community,” says Johnson of the YWCA. “That’s how you transform communities.”

Robiar Smith is striving to do just that.

She started R.B. Pest Solutions in her living room in 2016, and the Chatham-based company, which services commercial and residential properties, is hiring.

“Businesses are the heartbeat of the community” and can uplift it, says Smith, whose company often teams up with community groups on service projects.

The company hosts job fairs and recently expanded to Indiana.

“As we continue to put more businesses in neighborhoods and partner with corporations and other businesses, it creates a great opportunity for us to provide more jobs,” says Smith, a former IT professional.

“When that happens,” she adds, “communities are able to thrive, and it also gives us an opportunity to recycle the dollars within the neighborhood.”

Charles, who heads Show Strategy, the comprehensive general services contractor for trade shows and conventions, including Expo Chicago, has opportunities many African Americans know nothing about.

After the 2008 recession ravaged the hospitality industry and when he was working for another company, Charles and his department of 18 employees were slated to be terminated and their jobs outsourced. Charles formed his own company and hired 10 of them.

He says few African Americans are aware of jobs in the convention and trade show industry, even though many don’t require specialized skills.

“It’s plug-and-play,” Charles says. “You have some jobs where there’s some level of skill, but a lot of this stuff is pretty basic.”

Work can be lucrative for office and skilled trade positions, ranging from $40,000 to $150,000 annually, depending on how many projects an individual gets. (Salaried office positions sometimes include commissions.)

Employers evaluating Black job candidates should consider skills cultivated in other business sectors that transfer well to their industry, Charles says. A recent hire for a client support position, for example, previously worked in a bank.

His last five leadership team hires were African American. But challenges remain. Only three of his 50 subcontracted carpenters for the recent Expo Chicago were Black.

That’s why in the future, Charles wants to focus more on workforce development.

“I’ve had a lot more intent of hiring people of color the last few years,” he says. “My search has been really more specific to people that look like me because we’re underrepresented in this industry.”

Sat May 14 , 2022
Businesses pivot all the time to better serve their clients and customers, often in collaboration with agency partners who help them communicate shifts in their core offerings to target audiences. If the decision to make a pivot is a wise one and the change is managed well, it may lead […] 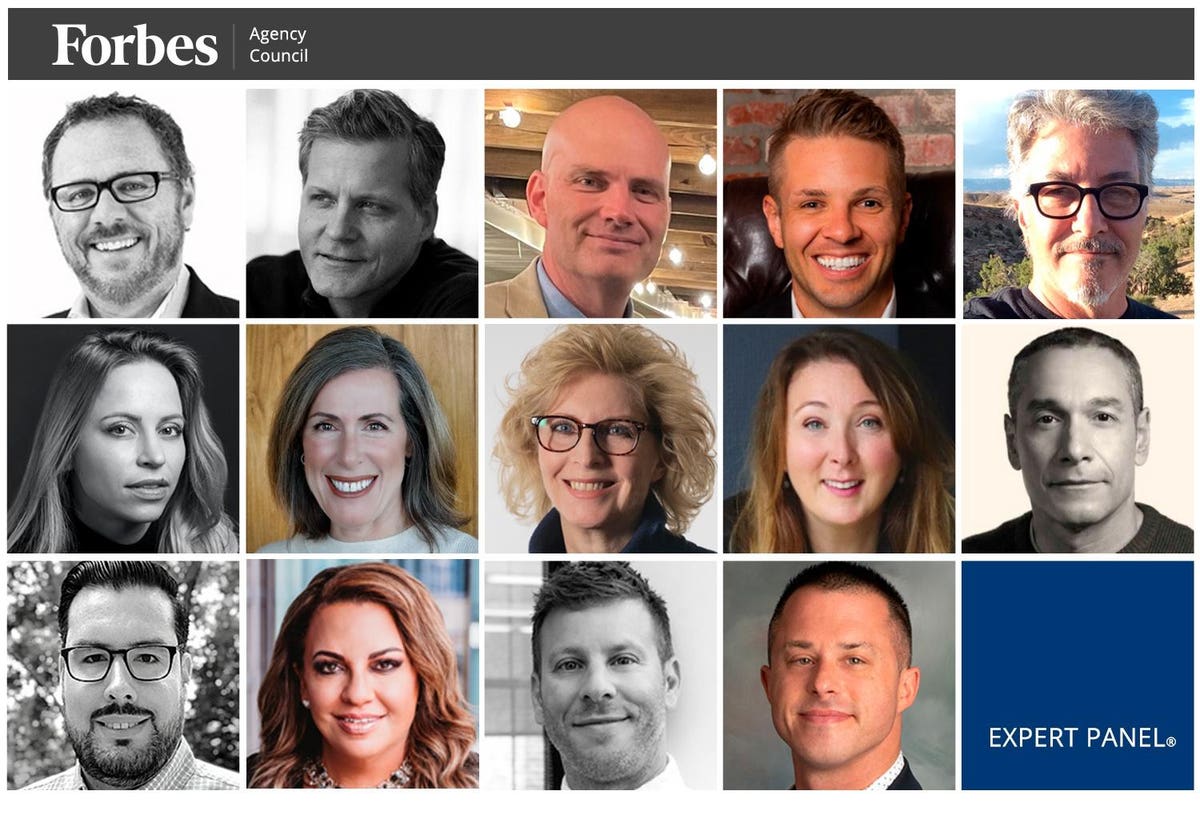