The pandemic forced lasting changes on the American education system. It also brought an explosion of private investments into edtech.

What exactly that means for the future technology in schools is still uncertain. The pandemic bump that many edtech firms experienced has faded, but private capital’s interest in edtech, and in shaping the education system, remains.

What do venture capitalists think about what’s next for the sector? And what changes do they want to foster in education?

For that perspective, we recently connected with Matthew Tower, a principal at Workshop Venture Partners, a small, Massachusetts-based venture capital firm focused on climate and education. Tower has been sharing his take in a weekly newsletter called Edtech Thoughts, focusing on deals in edtech.

It turns out he thinks edtech can look to other industries for inspiration.

EdSurge: What’s a big-picture problem that you’re trying to solve or better understand in edtech?

Matthew Tower: Here are two big problems I think about a lot.

First, career navigation. It’s really hard to get good career advice right now. Career path data tends to be a lagging indicator, mentors only have so much time and effort they can spend with a mentee, and employers have an implicit incentive to try and retain employees at the most affordable wages. I’d like to see something emerge where both the customer and the company/service/platform/community have the same, positive long-term incentives to see [employees] succeed in their career.

Second, social-emotional learning. We’ve spent a lot of the past 10 to 15 years transitioning technical training to online formats, which has worked particularly well for rapid upskilling and older learners. Where we haven’t spent as much time—or seen as many home run success stories—is translating social learning to online formats. If anything, we’ve gone backwards, with all the emerging mental-health challenges young people are facing due to social media usage.

Edtech received an influx of investment last year, but some companies are now struggling, leading to dismal headlines about layoffs and declining stocks. But some people are still bullish about the space, citing especially big companies’ push for skills-based hiring rather than degrees-based. As a venture capitalist in the space, what’s your feeling about edtech in general right now?

I try not to spend much time worrying about the macro environment we’re in because there’s not much I can do to control it. The education market might modulate some if we stay in bear market, but there will always be a critical mass of people who want and need to continue their educational journey.

From my specific vantage, I might coach founders to be a little more conservative with their fundraising timelines and cash forecasting, but their number one goal should remain delighting customers. If they can do that on a consistent basis, everything else will be easier, no matter how the market is doing.

You’ve expressed sympathy for “unbundling” the university system, breaking up the services that inflate costs but aren’t necessary for learning. Can you say a little about that, as well as what lessons you say the cable industry has to offer those wishing to unbundle the university system?

I’m glad you used “sympathy” rather than “conviction” here because I’m still wrestling with my stance on the topic. When The Wall Street Journal published their article centered around [Louisiana State University’s] lazy river, it became the canonical example of university services being run to excess, with lots of entrepreneurs stepping up to “unbundle” the university with faster/cheaper/better options.

However, the biggest individual winners of the past decade-plus in education are, arguably, SNHU [Southern New Hampshire University] and WGU [Western Governors University]. They’ve both grown to hundreds of thousands of [online] students and hundreds of millions in revenue, more than any coding bootcamp or MOOC.

I wrote about the cable industry after reading a post by Sky’s former COO. In it, he talks about the rise of Netflix and other streaming providers who had a similar “unbundling” thesis. There was a similar dynamic where “unbundled” providers drove some really important changes in the industry, but cable providers have stayed surprisingly resilient—especially if you factor in the new revenues they now bring in charging for cable and internet.

There’s a push for a new college rankings model that factors in post-graduate earnings. You’ve written that this opens up the opportunities to game the system. For example: you point towards the graduation of Steph Curry, a point guard for the Golden State Warriors, as inflating the mean earnings for Davidson, where he recently got a sociology degree. There are versions of the model that could solve that objection statistically, though (such as using the median rather than the mean). What’re your thoughts about what you’d like to see in college rankings?

Yeah, to be clear, I do not think Davidson is gaming the system—they already have pretty good earnings data, and I expect they made Steph work pretty hard to get that degree. I do think it is a (far-fetched) example of what could happen if we focus too much on any one metric. Earnings data is important, but does not tell the whole story.

My real problem with the rankings system is that it no longer serves students (if it ever did). Most of the “rankers” are businesses with incentives counter to the student’s. I’d love to see a more community-oriented, personalized, and student-driven ranking system that helps students find the best fit for their profile rather than one where universities compete to get the better of each other.

You’ve argued that employers that offer tuition benefits should let their employees use them during the workday. Why?

The basic premise is this concept of “time poverty,” which I learned about from Paul Fain’s Work Shift newsletter. In a nutshell, it means that we all have a finite amount of time [we] can spend across work, family, school, friends, etc. For some privileged folks, they can trade non-work time for school. But for many (most?), that trade-off is incredibly difficult. So they either choose not to use their tuition benefits, or they try to use them, but end up dropping out if the rest of their life doesn’t run perfectly.

If employees could substitute some amount of work time for school, I think we would see very different results, in terms of academic persistence and success. The nut that I don’t think has been cracked yet is how to translate on-the-job learning into business success. It sounds great to enable employees to learn during the day, but until and unless we can show a consistent business return on investment for this learning time, it will be challenging to get companies to adopt at scale

Tue May 24 , 2022
As soon as people could access the internet from their mobile phones and laptops became as light as magazines – the world changed.  Devices as small as the palm of our hand had the power to buy, sell, communicate, create and more. Thanks to technology, some industries have seen incredible […] 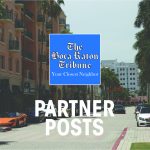