The Bureau of Labor Statistics (BLS) reported that the economy created 467,000 jobs in the month of January while the unemployment rate remained constant at 4% as did the participation rate (62.2%). This number was about twice the 207,000 predicted by some economists and notably different from the 301,000 job losses predicted by ADP.

Most of the job gains were in leisure and hospitality, professional and business services, retail trade, and transportation and warehousing.  While the economy is creating jobs, there has been a steady decline in the number of new jobs created each month since October 2021, a trend which is consistent with a potential slowdown in real GDP growth. This trend seems contrary to the strong positive reaction of some to nearly half a million jobs being created in January.

On the positive side, at least from an employee’s perspective, according to the December JOLTS data, there are now 4,606,000 more job openings than there are unemployed people actively looking for work.

Complicating this jobs picture, however, are data suggesting that there is a reservoir of 5.7 million people technically not in the labor force who reportedly want a job. The reasons many of these people are not in the labor force at this time likely have to do with the pandemic. For example, some parents, most often women, may be temporarily out of the job market to deal with childcare needs. Interestingly, as one indicator of how jobs and the labor market have changed, BLS now reports that 15.4% of the people are teleworking as the result of the pandemic. Certainly, this percentage is much higher for us at Cumberland, where most of our employees are working from home, and we have repeatedly postponed full return to the office.

Of course, our business is one that permits such flexibility, whereas it would be impossible for a restaurant to enable its employees to telecommute.

Robert Eisenbeis is vice chairman and chief monetary economist at Cumberland Advisors in Sarasota. Previously he was executive vice president and director of research at the Federal Reserve Bank of Atlanta. In that capacity, he attended Federal Open Market Committee meetings for over 11 years. He is a Fellow of the National Association for Business Economics, a Fellow of the Wharton Financial Institutions Center and a member of the Shadow Financial Regulatory Committee and the Financial Economists Roundtable. Eisenbeis appreciates comments from readers. Contact him at [email protected] or 941-926-6279.

Turning off my phone improved my science

Wed Feb 16 , 2022
Smartphone apps are often designed to be addictive.Credit: Getty In early 2021, I hit a rut in my studies. As a doctoral candidate at the University of Chicago in Illinois, I work at the interface of polymer chemistry and immunology, using synthetic strategies to design safer, more effective materials for […] 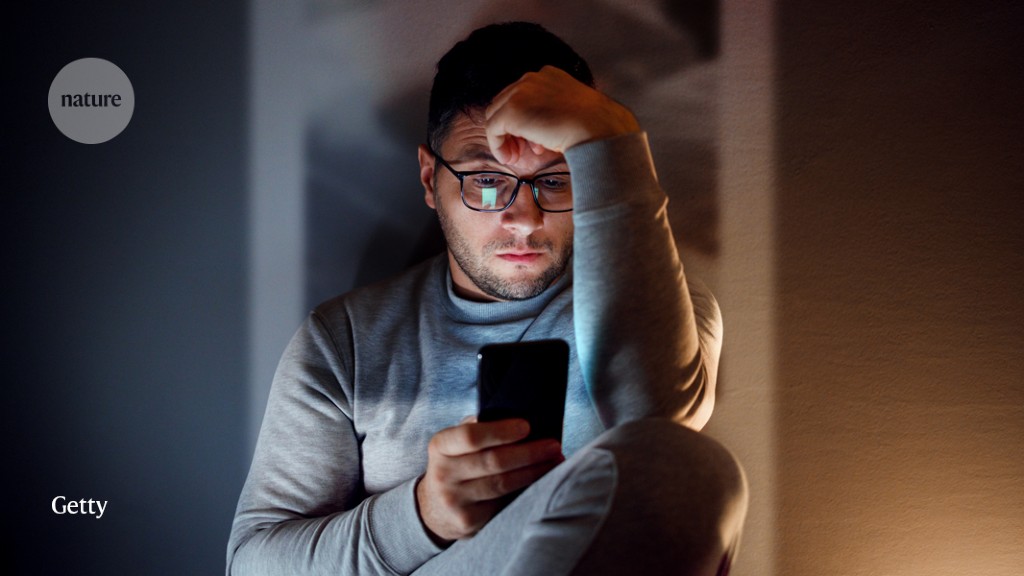