Among the 40 federal treasurers Australia has had since 1901, there is an outstanding similarity: not one is a woman. About the same can be said for the leadership of other top economic bodies; the Productivity Commission, Asic, and Apra have never been led by women. Nor, in its 60 years, has a woman ever been governor of the Reserve Bank.

These positions that impact the economy of the country, and the lives of its 25 million citizens, have never been filled by a female.

The pipeline to these positions of power, and to top business and government boardrooms across the country, often involves the study of economics. But while there has been a push in recent years to get women studying in traditionally male-dominated Stem fields, the proportion of women studying economics has been in decline.

New data and analysis from the Reserve Bank of Australia may have identified one of the roadblocks; female high school students believe they are worse at economics than they actually are.

A pool of evidence on the “gender confidence gap” – the tendency of women to underestimate their intelligence compared to men’s self-estimation – already exists. This new research suggests, however, that this lower self-perceived ability may deter female students from pursuing economics beyond high school. And the impact of that falls not only on students, but also on the potential economic outcomes of the nation.

“We are talking about the people who really hold the reins of power in Australia,” says Cherelle Murphy, EY’s Oceania chief economist.

“If we don’t get female economists into the profession now, we are going to be facing another generation of leadership where there are too few females.”

The RBA study asked 2,000 year 11 and 12 students across Australia to rank their understanding of economics on a scale of one to five. This found their self-perceived proficiency, which was tested against their real proficiency based on performance in a test of economic concepts.

The results revealed “quite a striking contrast” between girls and boys, according to the RBA’s head of information, Jacqui Dwyer.

The problem with economics study and young women

Over the course of a generation, high school enrolment in economics has fallen by 70%. That fall has been most pronounced among female students, with RBA data suggesting a 78% decline in girls enrolling since 1992.

There are now two boys to each girl studying economics at a school level in Australia. And at university, male students are again more likely to enrol, with numbers of female enrolments dwindling over recent decades. Today, women make up only 37% of economics students.

Dr Leonora Risse, a senior lecturer in economics at the Royal Melbourne Institute of Technology, says “the profession is at fault”.

“The traditional way of teaching economics is theoretical, bland and disconnected from real-world problems like climate change and inequality,” Risse says. When teachers assert the subject as “just hard equations” and traditional male voices dominate classrooms, she says it becomes daunting and exclusionary.

At 15 years old, Skye Dannaher was “reading everything, from Adam Smith to Marx to Piketty to Krugman.”

“It took up pretty much all of my spare time, I was absolutely obsessed.”

Dannaher, now 19, hoped to complete a PHD and work in economics research. “The way people interact with resources, how they distribute among themselves and build on them to create new things … I find it absolutely fascinating.”

But their high school study of economics set those goals askew.

“Being trans, I noticed an almost immediate shift in how I was perceived and my input in class” they say. Going from an all-boys school to studying as a female student at a co-ed school, Dannaher also perceived an instant subconscious devaluing of their own opinion, internalising the way they felt perceived by others.

“In class, I would say something, and boys would say the same thing hours or days later, and they would get a warmer reception to having the same idea.”

“It all sort of made me temper my expectations of how I would be able to do studying economics at university,” they say. Dannaher now studies philosophy and history.

The confidence gap, says Risse, is “a response to signals around us and the environment we are in”.

In the US, an analysis of economic textbooks found that women were generally referenced in roles such as shopping or doing household chores, while men were overrepresented in positions of authority. Across her own teaching, Risse has observed the same in Australia.

“Textbooks are meant to use real-world scenarios to illustrate economics in action,” Risse says. “They are evoking those traditional stereotypes within their pages.”

Dawson says, within this culture problem, “you can’t be what you can’t see”. In Australia, just 15% of economics professors are women, for example. Women also make up only 18% of CEOs and 15% of board chairs.

The RBA study found that the confidence gap for girls exposed to a female teacher was markedly reduced. Dr Rigissa Megalokonomou, a senior lecturer in the University of Queensland School of Economics, points to US research which found that girls exposed to “successful and charismatic women” who majored in economics are almost twice as likely to major in economics themselves.

“With female role models, not only do girls perform better, but also have more confidence about their skills.”

Risse says, though a girl “might love and be good at economics,” these environmental factors “subconsciously add up” to make women “doubt or question their legitimacy to be in the field”.

“Many men that dominate our economic conversations are too confident they are right,” Emma Dawson, the executive director at Per Capita, says. “The system reflects the way they live in the world, and is set up to serve their interests.”

Dawson points to an array of structural deficiencies that exist “often because men don’t necessarily see the issue”. Childcare, for example, is traditionally seen as a cost rather than an investment despite the returns the economy receives by spending on childcare.

Then there is superannuation. The current average payout for women is a third of the payout for men, quantified by the Australian Human Rights Commission as just $37,000 compared with $110,000.

Getting women into higher paying jobs earlier, supporting maternity leave super, and ensuring it is paid on every dollar so part time workers don’t miss out, are “all structural changes” Dawson says are needed to improve outcomes for women.

While we fail to account for the female experience, Dawson says women will continue to be more likely to “accumulate poverty over a lifetime”.

But the absence of female economists likely has consequences beyond ‘women’s issues’. Megalokonomou says “female economists bring a different perspective on different topics when included in the discussion”. Her research has observed a general trend of women economists being more likely to support government intervention, environmental regulation, and be concerned about issues of equality, for instance.

“Male and female students in high school have different questions they want to answer,” Dwyer explains. “And when girls don’t recognise these topics as in fact part of the field of economics, they don’t recognise that economics is for them.”

The result, Megalokonomou says, is the “pattern of misrepresentation extending from schools to universities to business and government boards,” losing innovative perspectives across all economic discourse.

“Those who study economics shape the discipline and make economic policies,” Dwyer says.

“The more we can diversify the people that advise businesses, governments, and provide commentary … the more we will see a willingness to challenge orthodoxy.”

From SPORT magazine - How Jackie Robinson found his voice, five years into a historic career

Sun Apr 17 , 2022
This story originally ran in the October 1951 edition of SPORT magazine, during Jackie Robinson’s fifth season in the major leagues. We are republishing it now in celebration of the 75th anniversary of Robinson’s debut, on April 15, 1947. This story has been condensed for clarity and space. JACK ROOSEVELT […] 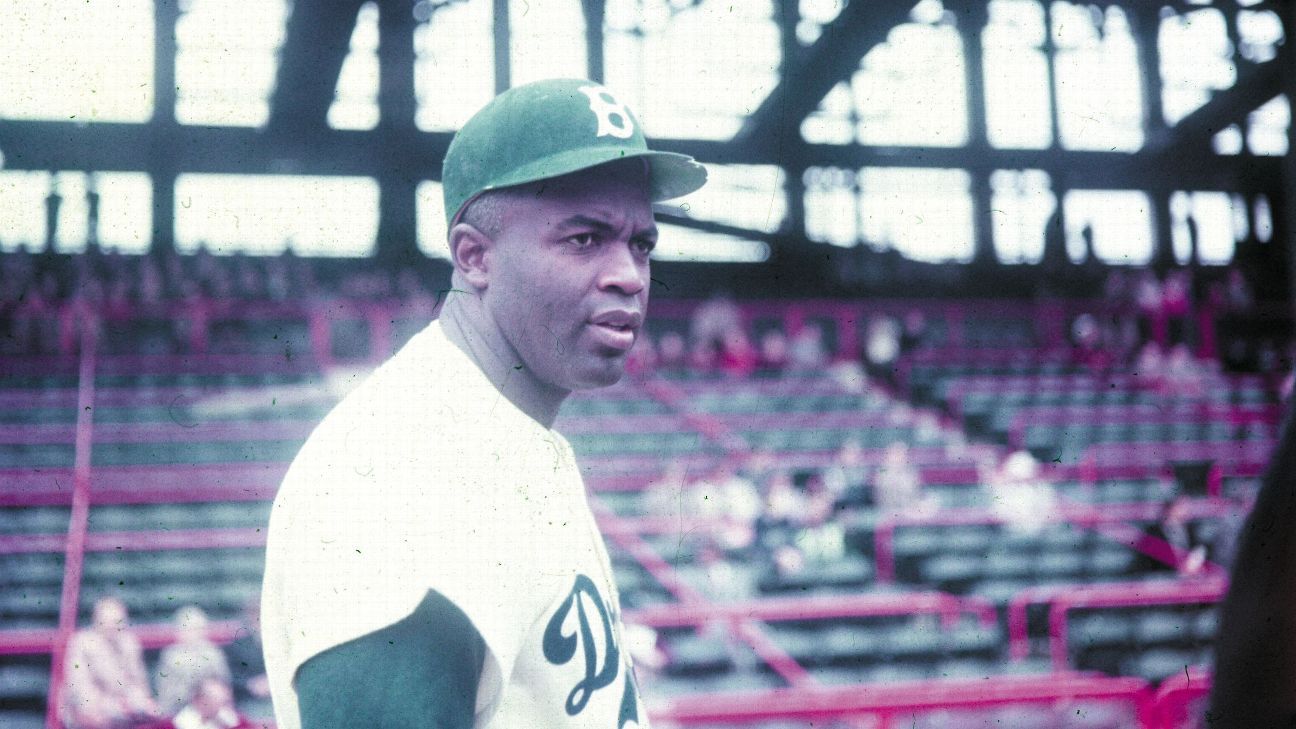