“Menstruation and war; tips from a gynaecologist”

“A guide to childbirth at home during the war”

“Where to hide in your own apartment, if you run out of time to go down to the shelter!

These are just a few headlines of articles that Ukrainian women’s magazines have published online since Russian President Vladimir Putin began his invasion.

Just a few weeks ago publications such as Marie Claire Ukraine and Elle Ukraine had websites full of lifestyle features, interviews with fashion designers about spring-wear, film, book and TV reviews, sex columns and career advice.

Ordinary articles from glossy magazines for women going about their ordinary lives.

In the past two weeks, all that has drastically changed. Editors of major magazine websites and popular blogs are writing for women living a new reality.

One of fighting for survival, taking up arms, fleeing with children across the border, and giving birth in bomb shelters as bombs and artillery rain down on their cities. Ukrainian MP Lesia Vasylenko told i this week that she had cut her nails short to use the guns she now has to defend herself against Russian attack.

“I was not prepared for war,” Iryna Taterenko, editor-in-chief of Marie Claire Ukraine tells i, “and I didn’t believe until the last moment that Russia would attack us. For the first two days of the war we didn’t know what to do, but then we realised we had a powerful resource in our magazine to help answer women’s questions about this new military reality they’ve found themselves in. Readers need support and answers from experts to questions that even the mighty Google is unable to answer.”

After a woman gave birth underground in the Kyiv metro, Iryna realised her team should create guides for women about to give birth. “Right now, pregnant women can’t even feel safe even in maternity hospitals as Russian soldiers are shelling those too,” she says.

“We’ve also had to write about how to fight fake news, because much of Russian news is spreading a complete lie and distortion of facts. Then we’ve also got advice on how to donate blood that is crucial for wounded Ukrainian military.”

Iryna and her staff are also in need of the advice they’re publishing. “These topics concern us no less than they concern our readers”. They’re also trying to get through the day in tough situations.

“My colleague, the fashion editor Anna, is forced to stay in a bomb shelter almost around the clock – this is a difficult psychological test, which she is far from alone in, so that’s why we’re sharing expert advice on how to overcome emotional stress and anxiety in these extreme situations.”

Iryna already knew that lifestyle journalism and politics don’t have to be mutually exclusive. Her previous workplace, the glossy magazine Viva!, actively supported the Revolution of Dignity, the 2014 Maidan Revolution when protests erupted after President Viktor Yanukovych refused to sign a political association and free-trade agreement with the European Union at a meeting of the Eastern Partnership in Vilnius, Lithuania, choosing closer ties with Russia instead. “This is where I became political,” says Iryna.

She is now watching women across the Ukraine with a great deal of hope as well as fear.

“I’m proud of contemporary Ukrainian women,” she says. “Our brand manager Katerina and photographer Lisa are waging an information war against the aggressor and blocking propaganda channels. Beauty-editor Olga donates blood, she has enlisted in the Kyiv Territorial Defence League, and continues to write news for the website.

“Another colleague is reporting on war crimes from hotspots, which are unfortunately so numerous in Kiev and its surroundings these days. Our art director, who is also a conservationist, had readers asking her how they could get their pets to safety.

“A well-known fashion journalist coordinates groups of foreign journalists who come to Ukraine to report on the war. She is looking for translators in various cities of Ukraine.

“A well-known TV presenter continues to report from an underground car park where the channel’s editorial office is located. We’re doing everything we can, fighting on all fronts to defeat the enemy.”

Iryna says that women have been writing to the magazine, emailing and messaging, keen to know that there is support from public figures they admire.

“There are people who scoff at the ideal of culture being important at a time like this,” she says, “but I disagree. Writing about the ways people such as Margaret Atwood, David Lynch, Jared Leto, Madonna, Giorgio Armani and more are reacting to Putin’s aggression is important to people.

“Then there’s the Ukrainian designer Serge Smolin, who is creating camouflage for Ukrainian fighters. In peacetime he creates men’s suits.”

Ukrainian blogger and Instagrammer Anna Bobrovitska this week wrote an expert-informed post for women on how to handle periods in war.

She says any profits she makes she is sending to the war effort. Bobrika believes in the importance of Ukrainian media, magazines and blogs to do three crucial things during this period.

“Dissemination of truthful information about the Russia-Ukraine war, disseminate important advice during the war about psychological, physical health, how to adjust to life and work now, and more. Lastly, to give support to readers, to talk about worries, and help them psychologically.”

For Iryna, her magazine and others will also be of historical importance.

“As for the military realities of Ukraine, the magazine plays the role of a diary. Maybe later on it will give answers to questions that will arise before society. For now, we are brave, we are on our own ground, the truth is on our side, as is the victory. That’s what I believe in.”

Fri Mar 4 , 2022
Workers at the REI store in Manhattan store began to organize in the fall of 2020.Credit…Spencer Platt/Getty Images Workers at an REI store in New York City voted to unionize on Wednesday, creating the only union at the outdoor-equipment and apparel retailer. The vote, which took place at the store, […] 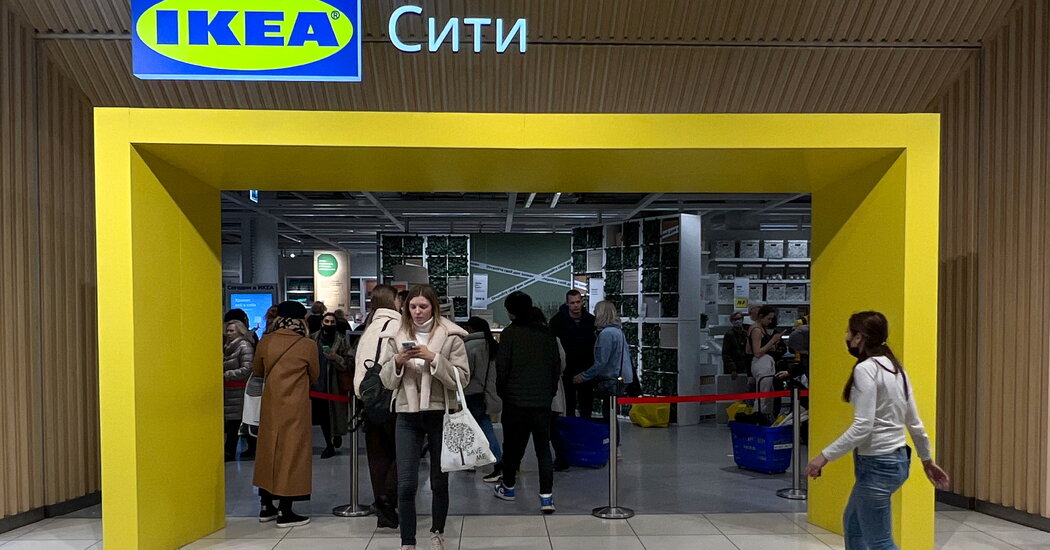