This is now the challenge facing Kyiv-based creative ad agency Bickerstaff. Over the past two weeks, the small, award-winning agency has transitioned from commercial clients to government communications. It’s part of a wider group of advertising agencies that have turned their communications capabilities toward the information war that has become so central to this conflict.

Bickerstaff’s newest work is aimed at getting the truth to Russian military families. Ilia Anufrienko, the agency’s founder and creative director, says the majority of Russian troops are conscripts, young men who thought they were being sent to “exercises,” or who were lied to that they would be met in Ukraine with flowers. “But they meet only bullets, blood, and inglorious death,” says Anufrienko in an email to Fast Company. “Or, in the best case, captivity, where they are treated well and ready to be sent home, but in Russia they refuse to admit losses, and sites where you can find dead or captured Russian military are blocked [in Russia].”

The new campaign includes a spot called “To Russian Mothers,” which is a letter home from the perspective of a Russian soldier. It features images of airstrikes on civilian targets, the names and photos of captured Russian soldiers, and a call for mothers to ask their sons to surrender. It ends with a link to a site created by the Ukrainian government to find more information on captured and killed Russian soldiers.

“We posted instructions on how to access blocked sites from Russia,” says Anufrienko. “After a few days of the campaign, our acquaintances in Russia reported that they were very grateful for the video in the Committee of Mothers of the military [the Union of the Committees of Soldiers’ Mothers]. And only today, on the 14th day of the war, the Russian authorities admitted that there really are conscripts in the army.”

The agency has also created a Germany-based site for people to donate essential products and supplies to be shipped to Ukraine in a few clicks.

Anufrienko has been on the move since the invasion began–first to Poland, now in Dresden, Germany. Most of the agency’s employees are now located in Western Ukraine or have made their way to other European countries. “But one of our employees is in terrible danger in the city of Bucha [near Kyiv], where she did not manage to get out,” he says. “The humanitarian corridors provided by the Russian military are not safe, and there have been a huge number of civilian casualties during the evacuations.”

Anufrienko says COVID-19 lockdowns over the past two years have, in some ways, helped the agency prepare for how it needs to work now. They use all the same remote work tools utilized during COVID lockdowns, like Zoom, Slack, Telegram, and others.

But there are some obvious stark differences. “The work processes in the agency are no different from the times when we went into complete isolation and did not go to the office,” says Anufrienko. “Except now, if an employee does not get in touch in the morning, we write to his relatives and friends and hope that this is simply bad internet, and not something more serious.”

For Anufrienko, the situation has brought with it a new sense of perspective. “Who would have thought that we, the people who yesterday complained about burnout, mental health problems, and tight deadlines if the project deadline is less than three weeks, are now able to create projects in the conditions [that include] bombing, without a permanent place of residence, or moving from city to city every few days,” he says. “All this has become today’s reality of our agency.”

The question remains whether work like “To Russian Mothers” will actually reach its intended audience. Anufrienko says that the agency’s media partners are finding many different, and some less-than official, ways of getting information into Russia. “We’re [finding and taking] every opportunity to reach out to the population of Russia,” he says.

Sat Mar 12 , 2022
The challenge many businesses face as they invest in non-traditional labor is a lack of visibility and control of their extended workforce and related expenses. Managing hundreds, if not thousands, of independent contractors is also time-consuming. Most organizations have taken a hands-off approach to this problem, leaving the oversight of […] 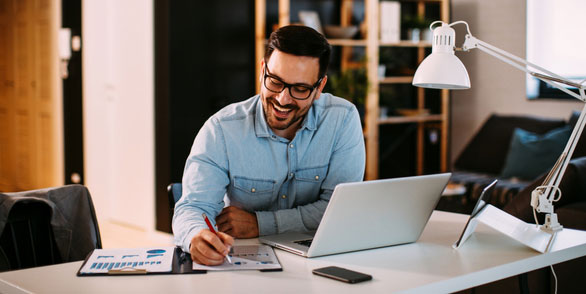