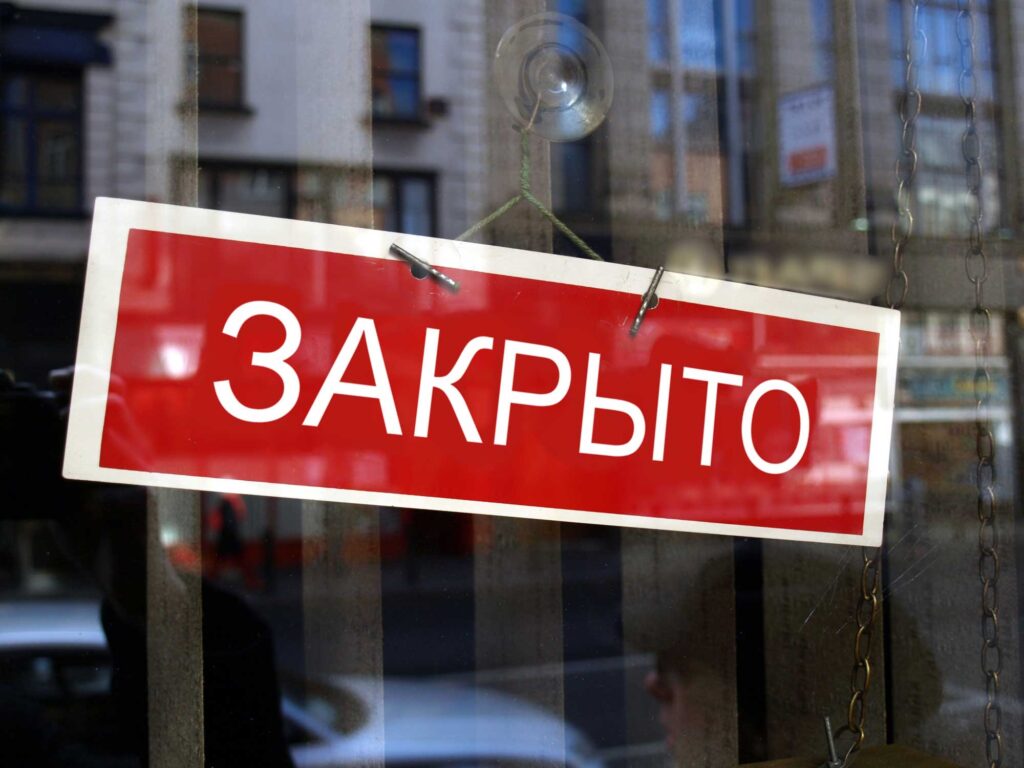 There’s a range of reasons why corporations are shutting down or scaling back their operations—or continue to operate—in Russia in the wake of the nation’s invasion of Ukraine.

Paolo Pasquariello is a finance professor at the University of Michigan’s Ross School of Business whose research interests include international finance and information economics. He shares his insights on why some stay, why some go and what it all means.

Why companies shutter or suspend operations in Russia

Some companies have to do so, because of the sanctions imposed by the U.S. and other Western governments effectively preventing them from conducting business as usual. Some of these companies trade in Russian commodities, others would normally use the global payment systems to move money in and out of Russia.

All of these activities, which in normal times occur smoothly, have been severely disrupted by the sanctions, effectively making it impossible to continue to do business in Russia. This was indeed one of the goals of the sanctions to begin with.

Other companies are pulling out of Russia because while their business activities are not directly affected by the sanctions, they fear their continued presence may eventually lead them to unwittingly violate those sanctions, putting them in the crosshairs of the U.S. and other European countries, where they have substantial business interests. Once again, I think of this as one of the goals of the sanctions to begin with, namely either explicitly prohibit Western firms from doing business with Russia or use “moral suasion” to dissuade them from doing business with Russia.

Still others are pulling out of Russia either because of their “moral stance” against the war, the significant reputation (and, eventually, financial) costs of not doing so in front of their stakeholders (customers, suppliers, employees), or both. These days, we expect businesses to be at the forefront of social progress, and doing business in a warmongering country does not fit with the profile that most companies want to keep in that respect.

Of course, not all companies will suffer equally because of their decision to pull out of Russia. For some, the hits are more direct, as they abandon Russian properties, plants, equipment and intellectual rights—many of which are likely to be nationalized by the Russian government. For others, the pullout is likely temporary, and their presence is very likely to resume once the conflict ends.

Why companies stay in Russia

The decision by some companies not to pull out of Russia right now is more puzzling, likely the result of a short-term assessment of the cost of such a pullout for their bottom line versus. the likely severe but more difficult to estimate long-term consequences of continuing business as usual.

As long as the invasion of Ukraine continues (and a resolution of the conflict appears distant), the longer these companies remain (or do not take any serious step to distance themselves from the Russian market), the less sustainable their position will become in the eyes of their stakeholders, and the greater are the likely costs of their eventual pullout later.

The implications of sanctions

Overall, the “corporate Russian exodus” underscores how the sanctions have effectively crippled the Russian economy despite their more limited literal implementation. In a globalized, interconnected economy like the one we live in and all benefit from, economic warfare is as powerful as military warfare.

Ukraine-Russia crisis: What to know about decisions by global business players as war rages

Wed Mar 16 , 2022
Credit: iStock.com/PeopleImages Editor’s note: This article is part of a career advice series contributed by Physics Today’s partners at the American Institute of Physics Career Network. These days many people have at least one social media account. Perhaps you use yours to keep up with friends or for personal entertainment. But […]