Russia’s move, while wholly symbolic, underscored the central role that the Treasury Department has been playing in designing and enforcing the most expansive financial restrictions that the United States has ever imposed on a major economic power.

Those restrictions amount to an economic war against Russia, which is entering a critical phase as the toll of fighting in Ukraine continues to escalate and as the Russian government tries to find ways to evade or mitigate fallout from Western sanctions.

In an attempt to prevent Russia from skirting the penalties, Mr. Adeyemo, a 40-year-old former Obama administration official, spent last week crisscrossing Europe to coordinate a crackdown on Russia’s evasion tactics and to plot future sanctions. In meetings with counterparts, Mr. Adeyemo discussed plans by European governments to target the supply chains of Russian defense companies, some of which the U.S. placed under sanctions last week, and he talked about ways the United States could help provide more energy to Europe so European countries could scale back purchases of Russian oil and gas, a Treasury official said.

Still, it remains to be seen whether the sweeping penalties aimed at neutering Russia’s economic power are working.

Over the past six weeks, the United States and its allies in Europe and Asia have imposed sanctions on large financial institutions in Russia, its central bank, its military-industrial supply chain and Mr. Putin’s allies, seizing their yachts and planes. Imports of Russian oil to the United States have been banned, and Europe is developing plans to wean itself off Russian gas and coal, albeit slowly. This week, the Treasury Department prohibited Russia from making sovereign debt payments with dollars held at American banks, potentially pushing Russia toward its first foreign currency debt default in a century.

But thus far Russia has kept paying its debts. Currency controls imposed by Mr. Putin’s central bank, which restricted Russians from using rubles to buy dollars or other hard currencies, along with continuing energy exports to Europe and elsewhere have allowed the ruble to stabilize and are replenishing Russia’s coffers with more dollars and euros. That has raised questions about whether the measures have been effective.

“I think we’re grappling with the aftershocks of the shock and awe of the sanctions that were put in place and the recognition that sanctions take time to fully impact an economy,” said Juan C. Zarate, a former assistant secretary of the Treasury for terrorist financing and financial crimes. “It’s asking too much of sanctions to actually turn back the tanks, especially when sanctions have been implemented after the invasion.”

At a speech in London last week, Mr. Adeyemo promoted the ability of sanctions to change behavior, describing the measures as a part of the equation that adversaries such as Russia need to consider when they violate international norms.

“The idea that you can violate the sovereignty of another country and enjoy the privileges of integration into the global economy is one our allies and partners will not tolerate,” Mr. Adeyemo said at Chatham House, a think tank.

Yet even the United States, which is not reliant on Russian energy, has wrestled with how far to go with its penalties.

Within the Treasury Department, officials have been in a debate about how far to push the sanctions without creating unintended consequences that would rattle the financial system and inflame inflation, which is soaring across much of the world.

The impact on the U.S. economy has been a top priority, and Janet L. Yellen, the Treasury secretary, has expressed concern about measures that would amplify inflation. The sanctions on Russia have already led to higher prices for gasoline, and officials are wary that they could bring spikes in food and car prices as Russian wheat and mineral exports are disrupted.

“Our goal from the outset has been to impose maximum pain on Russia, while to the best of our ability shielding the United States and our partners from undue economic harm,” Ms. Yellen told lawmakers on Wednesday.

As officials considered how to target the ruble, Ms. Yellen, a former Federal Reserve chair, argued against just imposing a ban on foreign exchange transactions, which would prevent Russia from buying dollars. She suggested instead that immobilizing Russia’s foreign reserves — savings that are held in U.S. dollars, euros and other liquid assets — while creating exemptions for Russia to accept payment for certain energy transactions would be the most effective way to inflict pain on Russia’s economy while minimizing the impact on the United States and its allies.

At a congressional hearing this week, Republicans criticized those carve-outs for being giant loopholes that allow Russia to earn hundreds of millions of dollars per day through oil and gas sales.

Treasury Department officials have been tracking measures that Russia has been using to prop up its economy, such as buying stocks and bonds, and monitoring signs of a growing black market for rubles, which indicates the currency’s actual diminished value. The Biden administration has watched with concern as the value of the ruble has rebounded in recent weeks, undercutting pronouncements made by Mr. Biden that sanctions reduced the Russian currency to “rubble.”

“Of course that means that, having said that, when the ruble rebounds for reasons that do not necessarily indicate weakness of sanctions, people will say, ‘Well, see, they failed,’” said Daniel Fried, a former U.S. ambassador to Poland and assistant secretary of state for Europe.

A Treasury official said the United States was also keeping a private list of oligarchs whose financial transactions were under surveillance in preparation for sanctions so they could gain a better understanding of the networks of people that helped those individuals conceal their money. The United States has yet to impose sanctions on Roman Abramovich, a Russian billionaire who is already subject to European Union sanctions.

Economists at the Institute of International Finance wrote in a research note this week that Russia’s domestic markets appeared to be stabilizing as a result of tight monetary policy, severe capital controls and its current account surplus.

“Sanctions have become a moving target and will require adjustments over time to remain effective,” they said.

Policing the sanctions on Russia and ensuring that anti-evasion efforts are coordinated with Europe have largely fallen to Mr. Adeyemo.

Mr. Adeyemo worked at the Treasury Department during the Obama administration and was deputy national security adviser for international economics when the United States was enacting sanctions on Russia after it annexed Crimea in 2014. Ms. Yellen, an academic economist with no national security experience, tapped him last year to be deputy secretary and to lead a review of the department’s sanctions program.

The review emphasized the need for sanctions, which were often deployed unilaterally during the Trump administration, to have tight coordination with American allies so they can “disrupt, deter and prevent” actions that undermine U.S. national security.

Mr. Adeyemo has been coordinating closely with officials from the State Department and with Daleep Singh, who was deputy assistant secretary for international affairs at Treasury during the Obama administration and is now deputy national security adviser for international economics.

Julia Friedlander, a former senior policy adviser for Europe in Treasury’s Office of Terrorism and Financial Intelligence, said the Biden administration had been more aggressive with sanctions on Russia than the nation was in 2014, when there was concern about taking actions that were not “proportional” and that might destabilize Russia’s economy. Russia’s gradual buildup of troops heading toward Ukraine, she said, also gave the Biden administration more time to coordinate with allies and prepare to deploy the sanctions quickly once the invasion began.

“It really is a tactical shift between a proportional response against the people involved to wanting to inflict damage as a tactic,” Ms. Friedlander said.

But some sanctions experts contend that the Biden administration has not gone far enough. Many of the toughest measures that the United States used against Iran to prevent it from benefiting from energy exports have yet to be used against Russia. Several major banks have yet to be restricted or cut off from SWIFT, the international financial messaging service. And the United States has treaded carefully when it comes to pressuring Europe to stop buying Russian energy.

“Time is not on Ukraine’s side,” said Marshall S. Billingslea, who was the assistant Treasury secretary for terrorist financing in the Trump administration. “The longer the administration dribbles these half measures out and doesn’t take steps to really paralyze the Russian economy, the longer the Russian offensive goes and the more carnage and destruction and war crimes continue.”

Ms. Yellen said this week that any sanctions targeting Russia’s energy sector would need to be closely coordinated with Europe, which remains heavily reliant on Russian oil and gas. Taking that step, she added, could have unwanted consequences.

“We’re likely to see skyrocketing prices if we did put a complete ban on oil,” Ms. Yellen said.

How the Metaverse Could Change Work

Sun Apr 10 , 2022
Imagine a world where you could have a beachside conversation with your colleagues, take meeting notes while floating around a space station, or teleport from your office in London to New York, all without taking a step outside your front door. Feeling under pressure with too many meetings scheduled today? […] 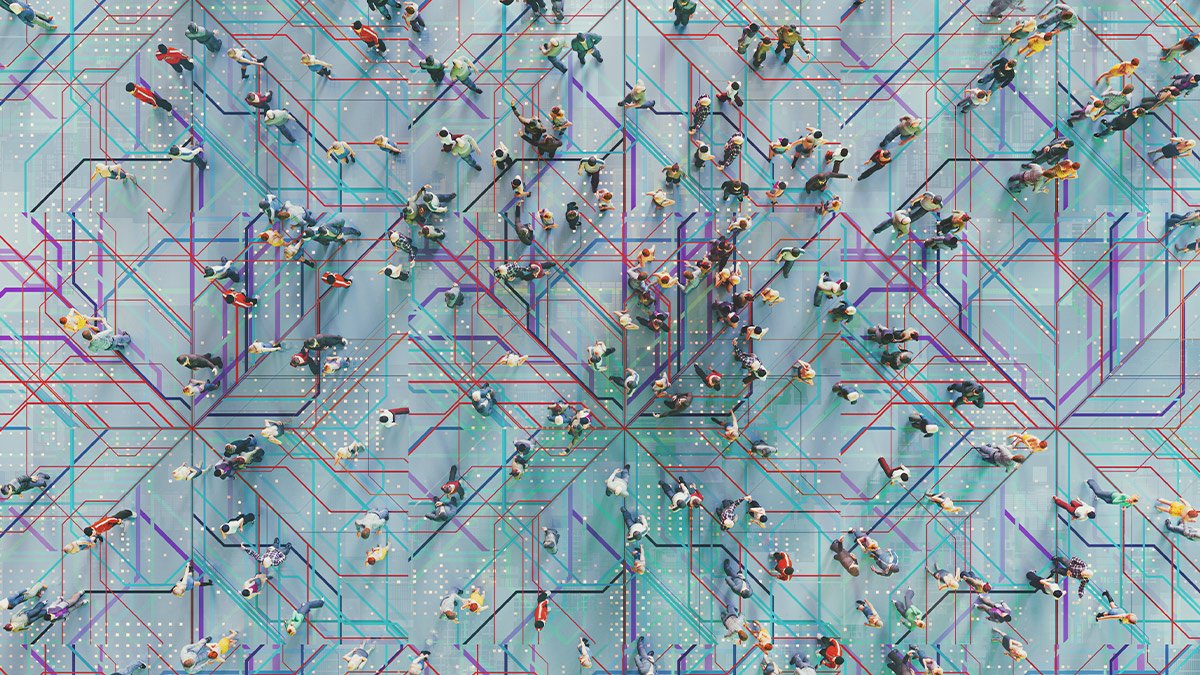