This week, the company revealed in its first quarter earnings report that instead of adding more than 2 million subscribers as it predicted three months ago, Netflix ended up losing 200,000. Obscured by the global math is the fact that in North America, it actually lost 600,000 subscribers. The news triggered the company’s stock to swan dive by 25% immediately.

Hastings, it’s safe to say, has had a change of heart. “Those who have followed Netflix know that I have been against the complexity of advertising and a big fan of the simplicity of subscription,” Hastings said during Netflix’s prerecorded earnings call interview. “But as much as I am a fan of that, I am a bigger fan of consumer choice, and allowing consumers who would like to have a lower price and are advertising-tolerant to get what they want makes a lot of sense.”

Hastings went further, hinting at how the company may handle how and where advertising will show up, saying, “We can be a straight publisher and have other people do all of the fancy ad matching, and integrate all the data about people.”

This was a decidedly defensive way to announce what will be a major change for both the company and its brand image among consumers as a commercial-free zone. By now we’ve heard a lot about what Netflix investors want, what Netflix execs want, and what observers believe subscribers expect, but little about a pretty significant constituency when it comes to ad-supported content: the advertisers. What will brands and advertisers expect from an ad-based tier of Netflix?

Hastings and company should be thinking about how brands and ads can show up on the platform with as much bold thinking as it put into its foray into original content. It may not be an ultimatum from the ad world to Netflix, but it’s close.

No stranger to brands

Just because Netflix hasn’t forced viewers to watch ads before doesn’t mean that this is Netflix’s first rodeo when it comes to working with brands. If you’re old enough to remember the last season of Stranger Things, way back in the pre-pandemic era of 2019, you’ll recall the long line of brand partners that created ads and products related to the hit show. Nike, Burger King, Levi’s, and Baskin-Robbins were a few of the marketers to hop on the hotly anticipated return of Netflix’s breakout hit. There may not have been advertisements interrupting the show, but there were plenty of ads around it.

The brand hand-holding didn’t stop there. Back in 2020, the streamer paired with Ben & Jerry’s on a limited-edition ice cream flavor called Punchline to promote Netflix comedy and its “Netflix Is a Joke” initiative. Beyond the brown butter bourbon and almond ice cream with roasted almonds and cherries, there was also an elaborate phone hotline for fans to call—dial 1-866-PUNCHLINE—to hear jokes from comedians Wanda Sykes, Fortune Feimster, and Aparna Nancherla.

Last year, Busch beer made a mockumentary short about a side character on Netflix’s Kevin James comedy The Crew that was hyped by Nascar and ultimately caught fans’ attention. For the hit 2018 hit rom-com To All the Boys, Subway partnered with the production company to make multiple appearances that didn’t register as ads as much as a quirky obsession of a main character. When the sequel launched, the sandwich chain teamed with Netflix again to create a Valentine’s Day campaign tied to the new film encouraging fans to express their love with a sub.

The agency Observatory worked with Netflix on all of those examples, and CEO Jae Goodman says it’s premature to assume that Netflix will simply accept the same old ads that are being placed on old-school, ad-supported TV.

“Netflix already has the industry-leading brand partnerships team, with CMOs knocking their door down to partner with its films and shows,” Goodman says. “I think it’s safer to assume that advertising on Netflix will be innovative in format and on par with Netflix-quality programming.”

Netflix is not the first streamer to have advertising. In fact, the service is effectively the last streamer to embrace an ad-based version of its service. Its rivals—the ones who in part are the reason that Netflix’s subscriber growth has evaporated—have already begun to play with how we see these brand messages in ways that fit the format better than simply dropping TV-style interruptive ads between episodes. Hulu, for example, over the last few years has created “pause ads” which pop up when you hit that pause button, as well as a “binge ad,” which rewards you with an ad-free episode if you watch three or more episodes.

Agathe Guerrier, chief strategy officer at TBWAWorldwide, points to Hulu as a leader in figuring out new ad formats like these that consider the mindset of the viewer and the viewing occasion in order to minimize disruption to the experience. “We’re curious to see how Netflix will innovate both in placement, targeting and data sharing, form factor, and depth of integration to bring something new to the market for advertisers,” she says.

This is a theme among ad agency leaders I spoke to both on and off the record about how their clients were thinking about this news. One exec, whose agency works with some of the biggest, most creative brands in the world, told me that there is a broader opportunity here to reframe the way that brands show up in this space, and clients are already thinking about how they might fit into that. They’re less interested in trying to guess what version of current advertising infrastructure that the streamer might adopt, and much more interested in talking to Netflix about what the future of an ad model could look like.

In fact, to make it worth their while, they could be demanding it.

Guerrier says that the last few years have given brands a renewed focus on the importance of the quality of attention rather than merely the quantity. “Netflix creating an advertiser-supported tier means a new playground to innovate in the attention-creating space, in the context of the world’s largest streaming platform, and some of the world’s most iconic entertainment IP and talent.”

Elizabeth Paul, chief strategy officer at the Martin Agency—which works with such brands as Geico, Old Navy, and Oreo—says that ideally Netflix won’t be approaching advertising with the Heisman Trophy posture. “If it’s begrudgingly pushed out like a necessary evil, if brands have little visibility into the content they’ll surround, or advertising access only to bottom-drawer programming, it will be a missed opportunity,” she says.

With the introduction of an ad-supported tier, Netflix loses one of its major differentiators. While on the surface it appears as though it’s now simply joining the ad-supported crowd and faces a major challenge in figuring out what shape the infrastructure of that is going to take, more crucial is how it all looks and feels. This is where Netflix has a real opportunity to once again differentiate itself, this time with a new kind of ad platform.

Instead of holding its nose, Netflix should embrace—with open arms—this chance to work with brands who are already creating content people want to watch and using that as the standard of what it considers advertising. One can easily imagine exclusive Nike content making a splash.

There’s no reason Netflix can’t own branded entertainment like the Ford films directed by Oscar winner Jimmy Chin that Disney aired across its channels to launch the Bronco in 2020. Or even the fun doc series hosted by 2022 Oscar winner Questlove for the Balvenie whisky, on craft and creativity, that airs on YouTube.

“Iconic brands have long considered themselves to be in the entertainment business,” Paul says. “Brands like this will be prepared.”

Netflix execs say they’re looking to launch the new ad-supported tier sometime in the next year or two. The question is whether they can use that time to think deeply about how to innovate on how viewers can experience advertising, give brands a place to push their own boundaries, and make money at the same time.

Sun Apr 24 , 2022
In this article, written and sponsored by InfoFlo Print, learn about the fully integrated MIS and web-to-print order management system specifically built for print shops, offering unique features and integrations not found in any other Print Management system. By InfoFlo Print In today’s fast paced and competitive environment it is […] 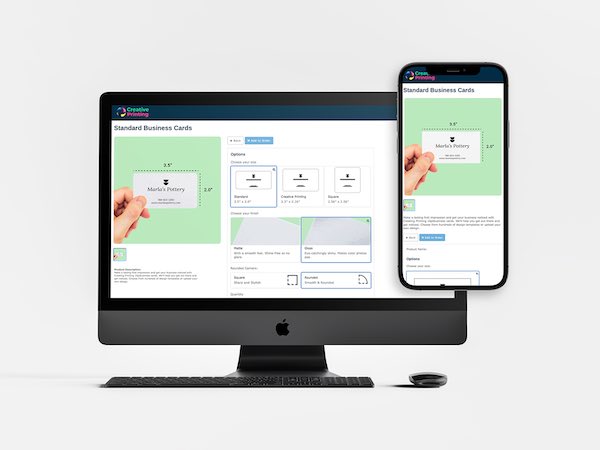