A serial founder and former public company CEO, Dan Richards is an award-winning member of the marketing faculty at the Rotman School of Management, where he also oversees the credit course associated with MBA student internships.

Last week, I outlined how being pro-active before you begin a new job can create a positive initial impression among colleagues and set the stage for success when you start. One way MBA students at the Rotman School of Management are encouraged to do that is to dig deep into a company’s background in advance of showing up for work on Day One.

While this advice is aimed at students doing summer internships, the same principle applies to anyone starting a new job. Once you’ve done research on the company you’ll be joining, here are two other approaches that can set you up for success.

Once you’ve accepted a job, a key step before you start is to learn as much as you can from people who have worked at the company in the past and who are working there now. At Rotman, internship students speak to classmates who held a similar role last summer. We also encourage students to reach out to colleagues they’ll be working with and to contact the school’s alumni who work for the company.

In those conversations, students can ask questions to gain insight – for example, how is the company responding to a new initiative from a key competitor? They can ask people they’ll be working with to share their experience and what the most successful people in their role in the past did to succeed.

Perhaps most important, students can ask for advice about what they would do if they were in a similar circumstance. At Rotman, 20 seasoned business people work one-on-one with students during their internships. Among those advisers is Viraj Desai, who started her career at Deloitte and today runs her own consulting practice focused on corporate planning and strategic change.

“To succeed, it’s paramount to build personal connections and to find supporters at a senior level, among people who are influential and have a giving mindset,” she says. “When you find those people, the best way to get their ear is to ask for advice. Asking for advice shows humility and actively engages the person you’re talking to – the first step to building a relationship.”

A different approach comes from Rob Rutledge, an internship adviser who held leadership roles with companies ranging from startups to Fortune 500 enterprises, and currently runs an executive coaching practice. To prepare for a meeting, Mr. Rutledge suggests students identify key strategic issues facing the firm and options to address those issues.

Initiating a conversation around those options lets students show they’ve taken the time to research the company and leads to a more meaningful dialogue than simply asking a battery of questions. So instead of saying “Tell me about your distribution model,” students could say “In looking at your company, I notice that you focus on corporate-owned stores rather than licensing a master distributor or individual franchises. What was the thinking behind going the corporate owned route?”

Another tack is to look for ways to build relationships with the colleagues you’ll be working with, even before you start.

Before joining the team of internship advisers at Rotman, Linda MacKay spent more than 25 years at TD Bank, most recently as senior vice-president of distribution strategy for Canadian personal banking. In a recent conversation, she highlighted the importance of managing relationships with those you work “for” and “with.” She talked about the importance of building relationships up, down and across the organization. Two ways to do that are to help others succeed, and to look for opportunities to recognize colleagues – whether in big or small ways – on a daily basis.

The bottom line is that relationships with your colleagues are too important to be left to chance. Before you start your new job, keep a list of people you’ve talked to and look for the opportunity to share articles or videos they might find interesting. But don’t stop there.

For example, some students have taken advantage of Rotman’s virtual events to build goodwill with the people they’ll be working with this summer. One student received a positive response from colleagues when she sent invitations to a round table on the future of artificial intelligence.

Another took advantage of an upcoming virtual CEO Series with eight prominent leaders, including Scotiabank’s Brian Porter and Google’s country head, as well as the CEOs of Canada Goose and Lululemon. Because one of the CEOs being interviewed is from the firm where she’s interning this summer, she sent a note offering to come into the office for this session to share her screen with anyone interested in following the session. A number of colleagues she’ll be working with took her up on the offer and even those who can’t make it thanked her for the invitation.

In strategy and marketing courses at Rotman, students learn about the critical role of competitive differentiation for successful companies, whether Apple, Shopify or Tesla. But it’s not just companies that need to differentiate themselves. By investing the time before you start on a job to create a positive initial impact, you tilt the odds of your success in your favour.

This column is part of Globe Careers’ Leadership Lab series, where executives and experts share their views and advice about the world of work. Find all Leadership Lab stories at tgam.ca/leadershiplab and guidelines for how to contribute to the column here.

Stay ahead in your career. We have a weekly Careers newsletter to give you guidance and tips on career management, leadership, business education and more. Sign up today or follow us at @Globe_Careers.

Wed Apr 27 , 2022
Vietnam’s machinery and equipment industry has been growing significantly, contributing to increased GDP and sub-sector industries. Vietnam Briefing takes an in-depth look and highlights key trends and opportunities for foreign investors in the industry as Vietnam pushes ahead with its growing economy. Vietnam’s machinery and equipment sector has expanded substantially […] 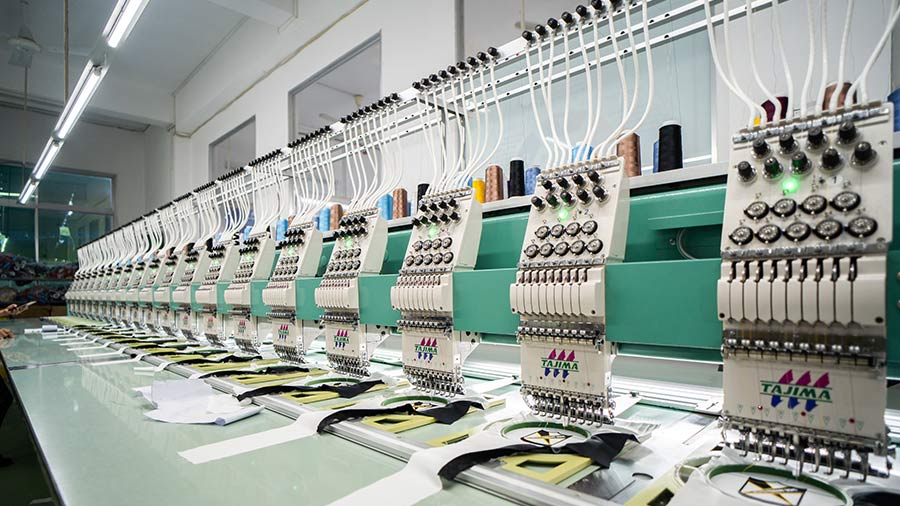