In 2016, Kelan Kline was struggling. He’d graduated from SUNY Brockport in 2012 with a business degree and worked as both a UPS driver and an office manager before landing a job as a jail deputy. Initially, he thought the job laid out a dream trajectory in law enforcement.

But going into his third year in the field, “I fell into a really deep depression,” says Kline. It dawned on him that this career track wasn’t what he wanted. “It was really just a dark and deep spot where I thought I was completely stuck,” he says.

Kline, now 31, spoke with his wife, Brittany, about attempting another pivot. The plan: He’d go back to school to become a home inspector. She’d continue working as a teacher. Meanwhile, the two would start a personal finance blog — The Savvy Couple — that they could eventually monetize to help pay off their student loans and mortgage.

The two started the blog in July 2016 and slowly built up the business and readership, making their first $50 from a sponsorship deal in May 2017. Five years later, the blog features dozens of articles and digital products like a course on building a blogging business for $197 and a budget planner for $27.

“Last year, we did $425,000 in revenue,” says Kline. “This year, we’re on pace to break that, probably hit over $500,000.” The couple lives in Rochester, New York, with their two kids. They’ve both quit their 9-5 jobs and are focusing their working hours on growing the business.

Here’s how they built their brand.

‘Our family and friends always called us the savvy couple’

Deciding to start a blog was fairly easy.

“Our family and friends always called us the savvy couple,” says Kline, “and we were always very frugal with our money, very budget conscious, good with investments.” Personal finance was a subject they had researched and were passionate about.

In googling around about personal finance, Kline came across bloggers like Michelle Schroeder-Gardner of Making Sense of Cents and Grant Sabatier of Millennial Money, and discovered “they’re both making well over $10,000 a month from their personal finance blog,” he says, “so we kind of got inspired by them.”

Building the blog ‘night and day before work, after work’

The Savvy Couple took some time to figure out the strategy for growing out their readership.

During the first nine months of writing, while both were still working full-time, “literally night and day before work, after work, we were just writing content, learning about blogging, learning how to monetize and build traffic and social media,” says Kline.

They published three articles per week, often in the saving money and budgeting category. They wrote articles and then created pins for them on Pinterest to publicize and build interest.

The couple “really committed to learning SEO (search engine optimization) because it’s the highest quality traffic and it’s also the most passive,” said Kline via email. They used tools like Aherfs to see the search volume of certain topics and keywords, like side hustles, and built content around that.

Figure out your ‘why’

Today, their business makes money in several ways. The blog features ads and affiliate marketing, and the couple has been able to book sponsorships with companies including Airbnb and Swagbucks that can vary in price from $5,000 to $10,000 each.

Deals include mentions not just on the blog itself but also on the Klines’ 5,000-plus subscriber YouTube channel or email list that reaches more than 32,000 people. “[We’re] just kind of using all of our marketing assets to push and promote that product or service,” says Kline.

But most of the couple’s revenue comes from their products, including a budgeting binder and monthly meal planner they sell both on the site and through Etsy and Shopify, and courses about building a blogging business.

The Klines with their kids.

For anyone keen to start their own online business, Kline has one big piece of advice: “The very first thing is figuring out your why,” he says. That is, figuring out both why you’re diving into a business and why you want to be doing the one you’ve chosen, specifically.

“Whether you want to start a YouTube channel or blog or podcast,” he says, finding “something you can talk about night and day with people” will make the journey of building it much easier. 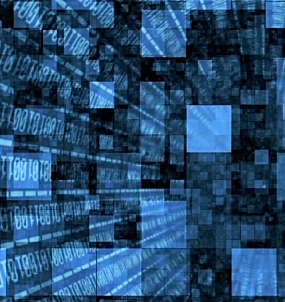