Jajuan Hoskins, a senior at Rhinelander High School, didn’t hesitate when state lawmakers asked him to rank the importance of his personal finance course.

“I would definitely rank this number one,” he said. “Finances are a huge part of adulthood.”

The students and their financial education teacher, Patrick Kubeny, spoke at the Capitol this week in support of a proposal to make a personal finance course a graduation requirement for all students in Wisconsin.

Right now, it is up to each district to decide how to implement those standards, leading to a wide variation across the state. In some districts, a teacher trained in personal finance teaches a stand-alone course. In others, the material is sprinkled in economics, business and technology, or family and consumer science classes.

“We are at a point where talking about a two-week unit in an economics class about the fact that debt is bad and compound interest can be good, it’s just not enough,” said Kerri Herrild, who teaches business and personal finance in De Pere.

“Most of us learned about finances the hard way. Live and let learn, right? You learned by making your mistakes,” she told the Assembly committee. “That’s how we did things. But the costs of making mistakes are just too high now.”

Although the testimony during a public hearing this week was overwhelmingly in support of the proposal, several key groups have voiced opposition — not to the content of the course, but of the mandate to teach it.

In a letter to the committee, the State Department of Public Instruction, led by Superintendent Jill Underly, questioned whether the mandate is needed given the existing requirements and what school districts already are doing. Local districts also have expressed concerns about teacher shortages and having to cut other electives if personal finance is required, according to DPI.

The Wisconsin Association of School Boards expressed similar worries, writing that the law might “impose costs and other burdens on school districts that may force school boards to reduce or eliminate critical programming at the secondary level.”

If the new proposal becomes law, Wisconsin would join 10 other states that require a standalone personal finance course, according to Next Gen Personal Finance, a national financial literacy nonprofit.

About 34% of high school students in Wisconsin attend a school with a personal finance course required and another 59% attend a school that offers the course as an elective, according to Next Gen.

The financial literacy nonprofit giant has pledged support to help implement the course mandate in Wisconsin.

More than 1,600 teachers in Wisconsin already have accounts to use the nonprofit’s free curriculum and more than 450 of them have participated in professional development through the nonprofit over the last four years, said Tim Ranzetta, Next Gen’s co-founder, in an interview with the Journal Sentinel.

“I don’t want ZIP code to be destiny as to whether you get access to this essential course,” he said.

The Milwaukee Journal Sentinel detailed the movement to increase financial literacy in Milwaukee in its Steps to Success series. Last year, Milwaukee Public Schools added a personal finance course as a graduation requirement, putting it among only a handful of large urban districts in the country to do so. Next Gen gave a three-year $490,000 grant to MPS to help ramp up its financial education efforts.

One study found that among first-generation or low-income students who had taken such a course, loan repayment was higher, which suggests those students were more likely to have finished college and found a higher-paying job.

Another study showed that after personal finance education was required, credit scores went up and delinquency rates went down.

William Rutkowski, one of the Rhinelander students who testified in support of the bill, said his personal finance taught him about student loans, scholarships and grants as he prepares for college.

“Without this information, I feel like I could have easily been fooled and lose a lot of money due to interest and due to overdraft fees,” he said.

The Assembly Education Committee has not yet scheduled a vote on the proposal.

Female scientists can advance by saying: ‘Yes, I’ll do it’

Wed Feb 9 , 2022
Pontsho Maruping found support by creating a network of professional women with whom she could talk things through.Credit: Mintek Voices from Africa Pontsho Maruping, deputy managing director of operations and business processes at the South African Radio Astronomy Observatory (SARAO) in Cape Town, describes a career transition from mining to […] 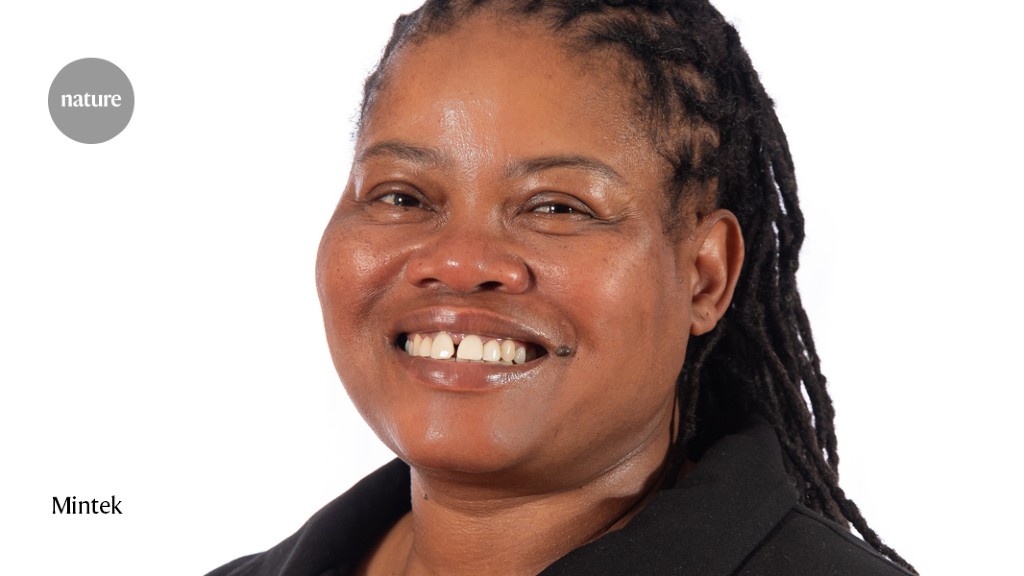