FreedomWorks vice president gives his take on the record inflation levels on ‘Kudlow.’

Rising inflation is turning out to be more problematic for the U.S. economy and will likely dent growth this year and next, and leading economists say monetary policy blunders are partly to blame.

INFLATION SLAP: WHERE CONSUMERS ARE PAYING THE MOST

“They see a risk that inflation will remain higher than previously expected over the next three years, coming largely from the labor market. More than two-thirds of survey respondents cite rising wages as a risk factor,” said National Association of Business Economics President David Altig, executive vice president and director of research at the Federal Reserve Bank of Atlanta.

Inflation is sitting at record levels. Consumer prices in the U.S. surged by 7.5% in January, the most since 1982, while prices at the producer level jumped 9.7%, the highest level ever. And on wages, the tight labor market is forcing companies to pay more to keep and attract talent.

What’s more, 30% of the economists in the survey cite “monetary policy missteps as the greatest downside risk.”

Federal Reserve Chair Jerome Powell has come under intense scrutiny for mistakenly identifying inflation as “transitory” before eventually admitting that policymakers got it wrong back in December and reiterating as much at the January meeting press conference.

“We do realize that the timing and pace of that are, are highly uncertain and that inflation has persisted longer than we—than we thought. And, of course, we’re prepared to use our tools to assure that higher inflation does not become entrenched,” he said during the Q&A.

Firms including Goldman Sachs and Bank of America are forecasting that the Fed could hike rates between seven and nine times this year, however, the escalating conflict between Russia and Ukraine may throw a wrench into that plan.

“At the same time, the Russia/Ukraine crisis could force a reassessment of the Fed tightening path resulting in central banks turning less hawkish, while policymakers may consider additional fiscal stimulus,” JPMorgan Chase strategist Dubravko Lakos-Bujas wrote in a note to clients.

On the jobs front, the group is a bit more optimistic about the recovery, seeing modest job creation, rising pay, and falling unemployment.

GET FOX BUSINESS ON THE GO BY CLICKING HERE

The February 2022 NABE Outlook presents the consensus macroeconomic forecast of a panel of 57 professional forecasters, The survey, covering the outlook for 2022 and 2023, was conducted February 7-15, 2022, before Russia’s invasion of Ukraine.

Tue Mar 1 , 2022
Carlos Menck, second from the left, has won the lifetime achievement in mentoring.Credit: Gustavo Satoru Kajitani Every year, the Nature Awards for Mentoring in Science focus on a different country or region. The 2021 awards recognize researchers in Brazil. Carlos Menck, a molecular biologist at the University of São Paulo, […] 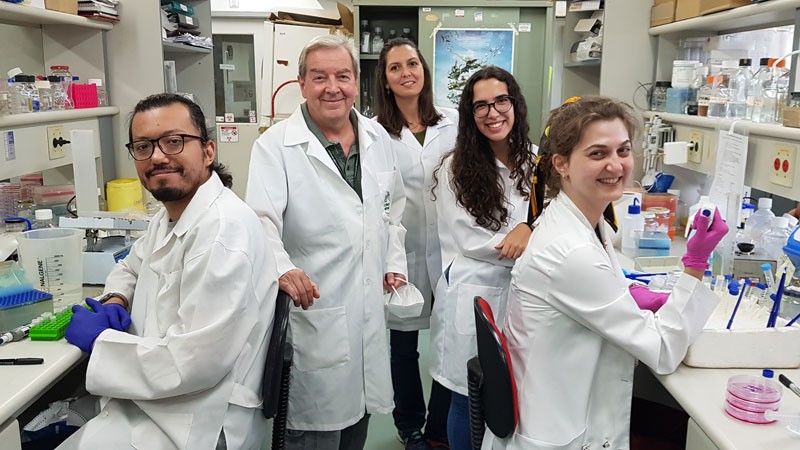