Companies have embraced Slack to speed up office communication. Now, workers are using the messaging tool to fast-track job hunts.

Slack enables teams, and entire workforces, to trade information instantly — one reason its use has soared with the rise of remote work. Slack also hosts independent channels for people who don’t work together, and in the past two years, Slack-based networking groups have grown, providing a way for far-flung members to swap career advice and tips.

Many job seekers say they are turning to these invite-only networking forums to land new roles — often much faster than they would have through traditional job-application methods.

“It was nuts,” says Clark Barron of how quickly he found a new marketing job this month after joining the Cybersecurity Marketing Society, a Slack group started in March 2020.

READ Covid compromise: Would you tolerate snoring co-workers or brush your teeth next to the boss?

He submitted a request to join the Slack channel after professional contacts introduced him to it. Before he was let in, one of the group’s members touted his experience in the channel and flagged that he was looking for a job.

Within a week of joining the Slack channel, Barron, who lives in Huntsville, estimates he took about 20 calls for interviews and introductory conversations.

One was with an employee at the cybersecurity company Nisos, who connected him with more people working there. Within a couple of days of his first conversation with the company, he says he received a job offer.

“I’m used to either being ghosted or waiting around for about 17 days,” says Barron, who starts with the Alexandria-based company this week.

Slack Technologies, which is owned by Salesforce.com, says it doesn’t know how many networking groups exist on its platform, but a search found networking channels for professionals in technology, human resources, sales, recruiting and other fields. They range from MKTG WMN for women in marketing to the Customer Education Org for specialists in product instructions, and many say their memberships have grown over the pandemic.

One Slack group, Blacks in Technology, estimates it has amassed close to 8,000 members since it started about seven years ago—including roughly 3,000 in the past two years, according to group founder Greg Greenlee.

Job matches often come about from employees sharing opportunities at their companies. For groups devoted to professionals from underrepresented backgrounds, peer endorsements of companies and their cultures are powerful, some members say.

“If you had a person vouching for a company, that’s going to speak a lot louder than a recruiter coming in and just posting a job and saying, ‘We’re looking for diverse talent,’” Greenlee says.

Workplace and industry forums also exist on Reddit, Fishbowl and Discord, but their users tend to post anonymously. Many Slack forums include members’ real names and workplaces, and the archive of public-group conversations is available and searchable to all users. Members can privately message one another.

Job candidates who connect with hiring managers via Slack might be fast-tracked through the application process because they have a personal connection from the groups, says Stephanie Ciccone-Nascimento, a career coach who also trains recruiters. She belongs to seven such Slack communities, she says. They are especially helpful for people shifting into new fields, she says.

“You can be anywhere and still have conversations and connect,” says Ciccone-Nascimento.

Maria Velasquez, who co-founded and helps administer the Cybersecurity Marketing Society, landed a new job via the group this year. She met her future boss, Chris Kolling of Feroot Security, last fall when he asked the Slack group for advice on data translation and she told him about a tool she had used.

Later that year, when he posted a job opening to the group. Velasquez responded quickly — and got hired. She started at the Toronto security-software provider in February.

“I’m no longer just a résumé on the pile,” she says. “The community knows me on a personal level.”

READ Wall Street tales from a Black trader: ‘We felt that every set of eyes on the trading floor was focused on us’

The Cybersecurity Marketing Society also hosts virtual events, a pet-photo collection and a “beers and tears” forum, where members share work accomplishments and disappointments. Users also often flag to the Slack group other professionals who are looking for work.

When Colorado cybersecurity startup Automox announced layoffs in April, a member shared a spreadsheet of affected employees, leading to at least one hire elsewhere, according to Gianna Whitver, another of the group’s co-founders.

People’s interactions in the Slack groups also give recruiters clues into what workers are really like.

When Hannah O’Toole, a recruiter in California, was looking for a job early in the pandemic, she messaged Char Delapena, co-founder of URx, a Slack community for recruiters of early-career talent. She asked whether Robinhood Markets, the investment platform and Delapena’s employer at the time, had any openings.

Because Slack group chats are viewable going back weeks and months, Delapena says she looked at O’Toole’s exchanges on the Slack group to get a sense of how she approached her work, then messaged O’Toole’s colleagues on the platform for references. O’Toole got the job.

Earlier this year, O’Toole landed another job after getting a direct Slack message from a colleague from a previous job. The colleague had since joined Figma, a collaborative design-software company, and told her about a position on the team, she says.

“Everyone in the industry is basically in it,” she says of the Slack group.

This article was published by The Wall Street Journal, part of Dow Jones

Fri Jun 3 , 2022
Jeff Lerner is the Founder/Chief Visionary Officer of ENTRE, the leading online educational platform for aspiring and current entrepreneurs. getty I knew I wasn’t cut out for the 9 to 5 life by the ripe age of 16 after getting fired from my first and last traditional job. After that, […] 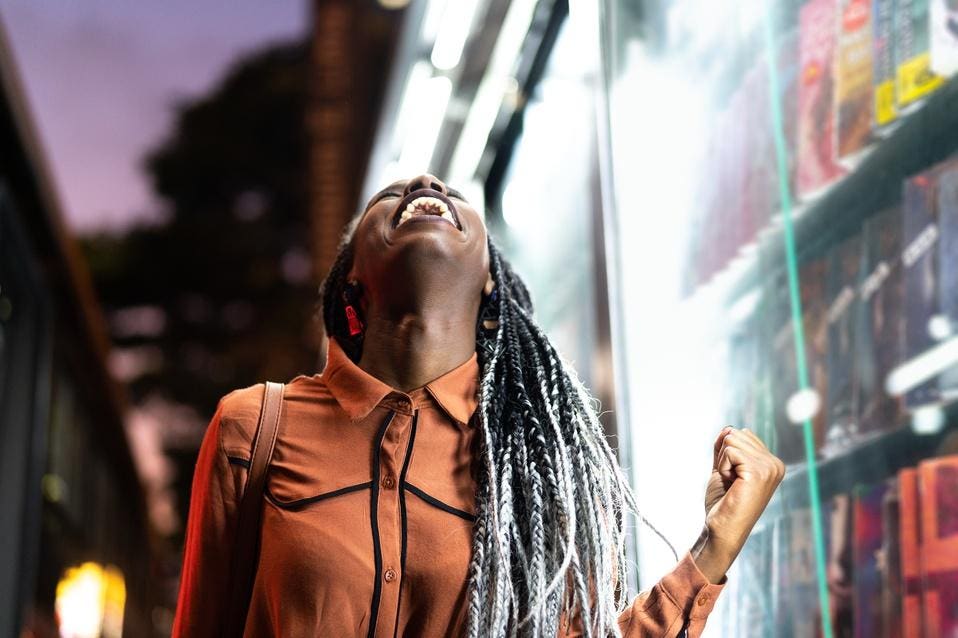