The New York State Supreme Court, County of New York (the “Court”) decided in Atlas Brookview Mezzanine LLC v. DB Brookview LLC, on November 18, 2021, that an accommodation pledge entered into in connection with a mortgage loan did not “clog” the borrower’s equity right of redemption.

In an effort to avoid delays in mortgage foreclosure proceedings, many lenders have recently required, in addition to the borrower granting a mortgage on the real property, that the sole owner of such borrower pledge 100% of its equity interest in the borrower as additional collateral for a mortgage loan. This arrangement is usually structured by requiring the sole member of the borrower to enter into a guaranty agreement secured by a pledge and security agreement, and it is often referred to as an “accommodation” pledge. The accommodation pledge gives the lender the option to foreclose on the pledged equity interests through a UCC foreclosure sale (which can typically be completed within 60 to 90 days) instead of instituting a mortgage foreclosure proceeding (which in some jurisdictions can take longer than two years to complete).

Although prior actions have been commenced in the state of New York by borrowers claiming that a UCC foreclosure sale based on an accommodation pledge violates the borrower’s equitable right of redemption (see HH Mark Twain LP v. Acres Capital Servicing LLC[1], as an example), until the Court’s decision in Atlas Brookview Mezzanine LLC v. DB Brookview LLC, New York courts have not directly ruled on whether an accommodation pledge clogs borrower’s right of redemption.

Atlas Brookview LLC (“Borrower”) acquired a mortgage loan in the sum of $64,900,000 secured by real property located in the state of Illinois (the “Loan”). The loan documents entered into in connection with the Loan (other than the mortgage) were governed by New York law. The original lender required, as additional collateral for the Loan, that the sole owner of Borrower, Atlas Brookfield Mezzanine LLC, execute a guaranty secured by a pledge and security agreement whereby it pledged 100% of its interest in Borrower. The Loan was subsequently assigned by the original lender to DB Brookview LLC (“Lender”).

Borrower defaulted on the Loan and Lender elected to foreclose on the accommodation pledge, and a UCC foreclosure sale was initially scheduled for August 25, 2020. Borrower thereafter commenced an action asking the Court to grant a temporary restraining order and a preliminary injunction to halt the UCC foreclosure sale, arguing that the accommodation pledge violated Borrower’s equitable right of redemption.

The Court granted the temporary restraining order enjoining the Lender from conducting the UCC foreclosure sale prior to the expiration of the maturity date (i.e., October 9, 2020), but did not grant the preliminary injunction, noting that the accommodation pledge did not violate Borrower’s equitable right of redemption as Borrower still had the right to cure the default and redeem the Property under the UCC. Borrower thereafter failed to repay the Loan on the maturity date and a UCC foreclosure sale was conducted in February of 2021.

Borrower thereafter asked the Court for a declaratory judgement declaring that the accommodation pledge was “void” and asked the Court to undo the UCC foreclosure sale. Borrower maintained that the accommodation pledge was unenforceable as it had the effect of clogging borrower’s equitable right of redemption by shortening the time Borrower would otherwise have to cure the defaults and redeem the Property had the Lender instead pursued a mortgage foreclosure action. Notably, Borrower argued that an accommodation pledge would allow a Lender to conduct a “quick” UCC sale in as little as 30 days. Lender in turn filed a motion to dismiss Borrower’s action.

The Court ultimately granted the Lender’s motion to dismiss Borrower’s action, concluding that the Borrower was a commercially sophisticated borrower represented by counsel and had voluntarily agreed to the loan structure requiring the accommodation pledge as additional collateral, hence allowing Borrower to later claim that such accommodation pledge was “void” and unenforceable and would be inconsistent with the agreement between the parties. In support of its decision, and in response to Borrower’s argument that a UCC foreclosure sale was a quick UCC sale preventing Borrower from exercising its equitable right of redemption, the Court noted that, in this case, the UCC sale was not a “30 day sale” as notices of defaults, as well as the notice of disposition[2], were sent to the Borrower months before the maturity date and the scheduled UCC foreclosure sale and that Borrower could have paid off the Loan at any time prior to the UCC foreclosure sale.

Borrower has filed a notice of appeal in this case.

This decision provides comfort for many lenders who have structured their mortgage loans with accommodation pledges as additional collateral. While this case does specifically hold that there was no “clog” in the Borrower’s rights of redemption, the Court again focuses on the fact that sophisticated parties, represented by sophisticated counsel, entered into a commercial transaction that the Court was loathe to overturn. New York is historically a very commercial jurisdiction, and there are many cases which hold again and again that sophisticated parties represented by sophisticated counsel will be held to the words of the documents they entered into. While in this case, the result was not favorable to the Borrower, it is favorable to the general principle that the election of New York for governing law is preferable as the courts will generally enforce the documents as written.

In the interest of full disclosure, Cadwalader represented the Borrower in this litigation.

We will continue to monitor these and other proposed legislation of interest and provide updates as needed.

[2] The notice of disposition describes the debtor, the secured party and the collateral to be disposed of; states the method of disposition and that the debtor is entitled to an accounting of the unpaid obligations for a stated fee; and provides the time and place of a public sale or the time after which any other disposition is to be made. 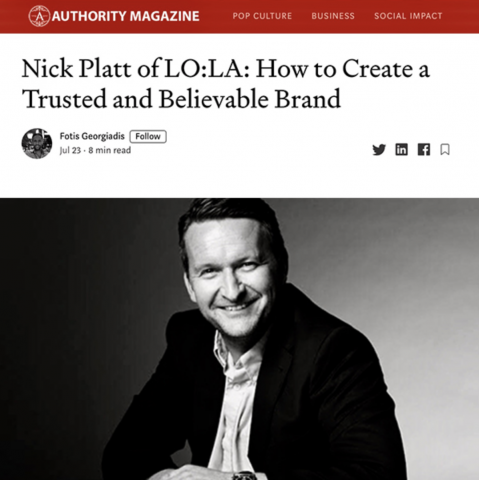