Pontsho Maruping, deputy managing director of operations and business processes at the South African Radio Astronomy Observatory (SARAO) in Cape Town, describes a career transition from mining to space, and how she juggles the expectations of male and female colleagues. Maruping’s career story is the fourth of eight in a series that profiles female scientists in sub-Saharan Africa.

I call myself a career nomad. I started out in South Africa’s mining sector, but when the country transitioned to a democratic government in 1994, I wanted to help rebuild our science system. I got involved in developing our space programme and did a master’s degree in space-systems engineering at the Delft University of Technology in the Netherlands, followed by a master’s in business administration at the International Institute for Management Development (IMD) in Lausanne, Switzerland.

I began working with South Africa’s Technology Innovation Agency to support innovators and technology start-ups with early-stage funding. I then joined SARAO about five years ago as head of commercialization, finding other applications for the technologies that were used to build the institution’s radio telescope. Now, as a deputy managing director, I’m also responsible for functions such as human resources, finances, computing infrastructure and telescope operations.

I have worked in some of the most male-dominated sectors you can work in. Several things are necessary for overcoming racial or gender bias. One is to do the work you are given, commit wholeheartedly and deliver. When you are providing what is needed, that can erase people’s biases.

The power of mentoring

Having good mentors helps, too. My first boss was a woman who recognized my abilities to lead and gave me a team to manage early in my career.

When asking advice from mentors in more senior positions, I would be very specific — I would turn to them only for things they would have insights on, and not use them as a general sounding board. It’s important to have more than one person in your network and to think about how to engage them strategically.

Later in my career, as the only woman in a leadership role, I found that it was important to manage colleagues’ expectations. The women expect me to be always on their side, and the men expect me to fit in with them. So, I need the courage to speak up on things that matter, but I also need to be able to let things go sometimes.

For example, I speak up a lot more about diversity and inclusion than I do about the less-than-ideal office space. I also have team members who are really passionate about community development and I advocate hard on their behalf because I understand their motivation.

There was a time when I travelled a lot for work, and it was a challenge to make sure that my young daughter was taken care of. But it’s also important for my daughter to see her mum doing jobs that women typically don’t do. My working helps her to see that she can go after anything. Because of the policies I’ve worked on, future generations of women will have opportunities in science, technology, engineering and mathematics that weren’t open to previous generations.

For most of my career, I’ve had some level of flexibility around parenting. I could take a later lunch break to pick my daughter up from school and then go back to work. I would combine work trips to visit stakeholders in other parts of the country with my daughter’s field-hockey games. This let me create bonding moments with my daughter and be a hands-on parent. I never had a boss who micromanaged me, because I was professional and got my work done.

Working mothers cannot chase perfection — you cannot do everything exactly right. I used to joke with my male counterparts and say: “I need a wife, too!” They don’t realize that there are some things their wives cannot do, because they are taking on the bulk of family responsibilities. There’s definitely more to be done to create work environments that enable women to integrate their work with their home life.

Simple things can be done to help women stay in science careers. One is to make grants specific to researchers rather than institutions. If a grant is attached to a researcher, they have more flexibility to take time off or move to another institution without losing their funding.

It’s sometimes lonely without other senior women around. To help, I’ve created a network of professional women in other organizations. I can talk things through with them, such as the time when a male colleague agreed to a particular project in person and then objected to it in front of the full committee meeting — something I don’t think he would have done if I’d been a man. I ask these other women: “Is this really happening or am I imagining it?” It helps build your morale to have those conversations. We generally experience the same kinds of issue, whether in the boardroom or when handling a conflict.

I generally consider myself a strong person, but I’m OK with losing a bit of control and not caring about what my male colleagues will say. During the pandemic, I suggested that SARAO should make counselling available to all staff members and their families. Some colleagues suggested that people could go to their own physicians, but I pushed back, saying that not everyone has access to such services. They also suggested that people would not ask for help because it would be a sign of weakness, but I think it is actually a show of strength to acknowledge when you are not coping well.

When offered a chance to lead a new project, I tell young professionals to say ‘yes’. Women tend to want to be perfect first, but it’s the times when I’ve said yes to challenges that have provided the biggest opportunities to grow career-wise. Sometimes I’ve failed, but I’ve learnt in the process. So say to yourself, “I’ll do it, I’ll manage the team.” In general, unless it is completely out of your reach or education level, you can learn and there’s help around.

This interview has been edited for length and clarity.

How to Support Black-Owned Businesses in the Solar Industry

Wed Feb 9 , 2022
We’ll admit it — the solar energy industry is an imperfect one. Though it has enjoyed considerable expansion as we transition into the era of clean energy, challenges and growing pains will persist as solar matures. For an industry that champions equity, independence and social and environmental responsibility, solar still […] 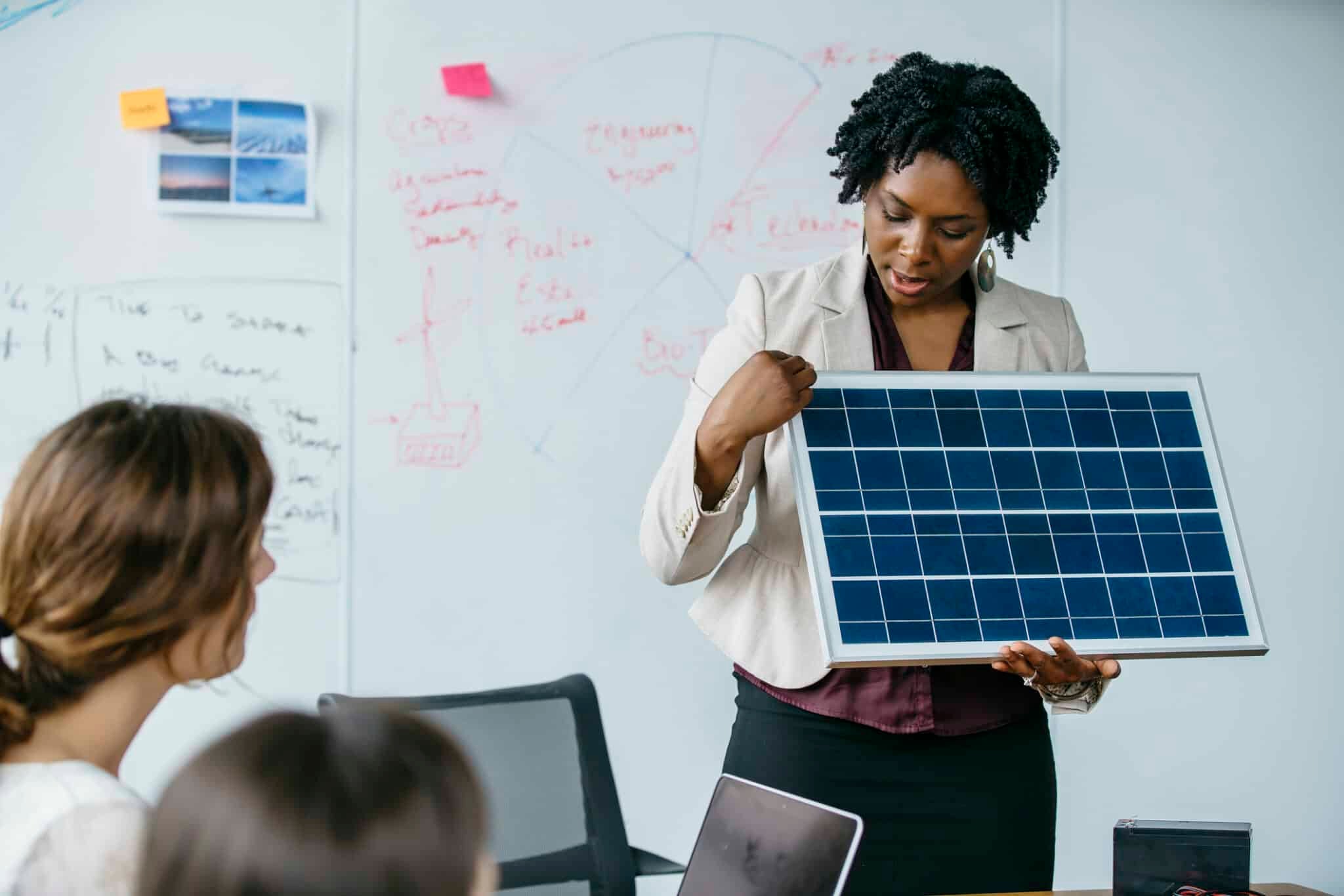