Federal Reserve officials are turning a wary eye to Russia’s invasion of Ukraine, though several have signaled in recent days that geopolitical tensions are unlikely to keep them from pulling back their support for the U.S. economy when the job market is booming and prices are climbing rapidly.

Stock indexes are swooning, and the prices of key commodities — including oil and gas — have risen sharply and could continue to rise as Russia, a major producer, responds to American and European sanctions.

That makes the invasion a complicated risk for the Fed: On one hand, its fallout is likely to further push up price inflation, which is already running at its fastest pace in 40 years. On the other, it could weigh on growth if stock prices continue to plummet and nervous consumers in Europe and the United States pull back from spending.

The magnitude of the potential economic hit is far from certain, and for now, central bank officials have signaled that they will remain on track to raise interest rates from near zero in a series of increases starting next month, a policy path that will make borrowing money more expensive and cool down the economy.

Loretta Mester, president of the Federal Reserve Bank of Cleveland, said during a speech on Thursday that she still expected it “will be appropriate to move the funds rate up in March and follow with further increases in the coming months.”

But she noted that the invasion could inform how quickly the Fed moved over a longer time frame.

“The implications of the unfolding situation in Ukraine for the medium-run economic outlook in the U.S. will also be a consideration in determining the appropriate pace at which to remove accommodation,” Ms. Mester said.

Her comments were in line with those that many of her colleagues have made this week, including on Thursday after the invasion: Central bankers are monitoring the situation, but with inflation rapid and likely to head higher yet, they are not preparing to cancel their plans to pull back economic support.

“I see the geopolitical situation, unless it would deteriorate substantially, as part of the larger uncertainty that we face in the United States and our U.S. economy,” Mary C. Daly, president of the Federal Reserve Bank of San Francisco, said Wednesday at an event hosted by the Los Angeles World Affairs Council. “We’ll have to navigate that as we go forward.”

But Ms. Daly said she did not “see anything right now” that would disrupt the Fed’s plan to lift interest rates.

Thomas Barkin, president of the Federal Reserve Bank of Richmond, said during an appearance Thursday that “time will tell” if the policy path needed to adjust. Raphael Bostic, president of the Federal Reserve Bank of Atlanta, said during a separate speech on Thursday that it was not his baseline expectation that the Ukraine conflict would affect the timing of the central bank’s first rate increase.

Even if it is not enough to shake the Fed from its course, some analysts are warning that the fallout of the conflict could be meaningful.

“Normally geopolitical crises ultimately turn out to be a fade for financial markets and a buying opportunity for investors willing to look past the headlines,” Krishna Guha at Evercore ISI wrote in a research note Thursday morning. “We are very wary of taking that line today.”

Mr. Guha noted that the invasion could disrupt the post-Cold War world order and warned that the jump in energy prices and fallout from sanctions “will complicate the ability of central banks on both sides of the Atlantic to engineer a soft landing from the pandemic inflation surge.”

Economists have been warning that a “soft landing” — in which central banks guide the economy onto a sustainable path without causing a recession — might be difficult to achieve when prices have taken off and monetary policies across much of Europe and North America may need to readjust substantially.

“The shock of war adds to the enormous challenges facing central banks worldwide,” Isabel Schnabel, an executive board member at the European Central Bank, said during a Bank of England event on Thursday. She added that policymakers were monitoring the situation in Ukraine “very closely.”

Inflation is high around much of the world, and though it is slightly less pronounced in Europe, and E.C.B. policymakers are reacting more slowly to it than some of their global counterparts, recent high readings there have prompted some officials to edge toward policy changes.

In America, the Fed has sometimes reacted to global problems by cutting borrowing costs, making money cheaper and easier to obtain, rather than by lifting interest rates and making credit conditions tighter. But economists said this time was likely to be different.

Russia’s Attack on Ukraine and the Global Economy

A rising concern. Russia’s attack on Ukraine could cause dizzying spikes in prices for energy and food and could spook investors. The economic damage from supply disruptions and economic sanctions would be severe in some countries and industries and unnoticed in others.

The cost of energy. Oil prices already are the highest since 2014, and they have risen as the conflict has escalated. Russia is the third-largest producer of oil, providing roughly one of every 10 barrels the global economy consumes.

Financial turmoil. Global banks are bracing for the effects of sanctions designed to restrict Russia’s access to foreign capital and limit its ability to process payments in dollars, euros and other currencies crucial for trade. Banks are also on alert for retaliatory cyberattacks by Russia.

“The current situation is different from past episodes when geopolitical events led the Fed to delay tightening or ease because inflation risk has created a stronger and more urgent reason for the Fed to tighten today,” researchers at Goldman Sachs wrote in an analysis note.

Plus, with wages rising and consumers increasingly expecting high inflation in the coming years, the fact that the conflict has the potential to further elevate prices could strike the central bank as problematic.

“Further increases in commodity prices might be more worrisome than usual,” they wrote.

Some economists warned that the Russian invasion in some ways echoed the inflationary episode of the 1970s: Back then, price increases were already rapid, and a sharp oil price increase pushed inflation up further and made it stick around. The Arab oil embargo of 1973-74 and the Iranian revolution of 1979 both contributed to an oil supply shortage.

“There is something eerily reminiscent of the 1970s and the surge in energy prices associated with Russia’s invasion of the Ukraine,” Diane Swonk, chief economist at Grant Thornton, wrote on Twitter Thursday. “It couldn’t happen at a worse time as it is pouring fuel over an already kindled fire of inflation.”

Economists have released varying estimates of how much an oil price shock could bolster inflation in the coming months.

If oil increases to $120 per barrel by the end of February, past the $95 mark it hovered around last week, inflation as measured by the Consumer Price Index could climb close to 9 percent in the next couple of months, instead of a projected peak of a little below 8 percent, said Alan Detmeister, an economist at UBS who formerly led the prices and wages section at the Fed.

The Goldman researchers said that as a rule of thumb, a $10 increase per barrel of oil would increase headline inflation in the United States by about a fifth of a percentage point, and lower gross domestic product growth by just under 0.1 percentage point.

“The growth hit could be somewhat larger if geopolitical risk tightens financial conditions materially and increases uncertainty for businesses,” they wrote.

Smaller science company? Tailor your CV for a manager, not HR

Sat Feb 26 , 2022
Recruiters look for certain things in CVs — but future colleagues have different priorities.Credit: David Paul Morris/Bloomberg/Getty I started my career at large pharmaceutical companies (Sanofi and GSK), as a statistical modeller, before moving into consultancy. I eventually founded my own company that focuses on health economics and medical statistics […] 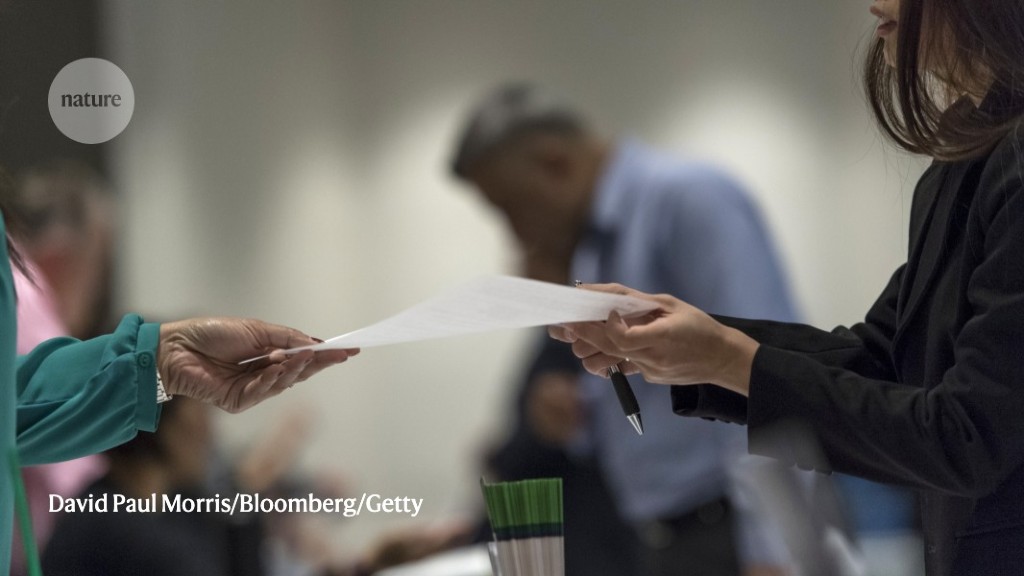