Ellie Costas, a 17-year-old San Marcos High senior, already is using what she is learning in high school.

She has learned how to file her taxes for her part-time jobs at a retail store and at Legoland. And the personal finance class she’s taking has convinced her to stop spending all her earnings on impulse buys and eating out and instead to set aside money for her college fund.

Her schoolmate Emiliano Damian, 17, learned how to choose a credit card, how to earn credit card rewards points, and how to build a good credit score by paying off his credit card on time.

Another schoolmate, Ty Turner, 16, learned he can make $1 million by the time he retires, thanks to compounding interest, as long as he starts saving and investing for retirement early.

All these students say they love their new personal finance class, which debuted last fall. Unlike other classes they’ve taken, it’s clear how this will be useful in their everyday lives.

“You know when you’re learning math or language arts, it can sometimes be hard to understand why you’re learning something? This class is teaching real-world things that everyone knows is valuable,” Emiliano said. “I feel like everyone is paying attention for their own sake, rather than goofing off in class because nobody sees the point in learning, like, geometry.”

Tara Razi is a U.S. history teacher who has been teaching for nine years. She created San Marcos High’s first personal finance class this school year, in the midst of the pandemic, to help students avoid the financial blunders she has seen other people make, like accumulating too much debt.

Razi prides herself on being financially independent. She got her first job at age 14, later worked full-time at Chili’s while doing student teaching and tutoring, and has since paid off her car and bought a home at age 28.

“I’m really proud of the financial stability that I’ve been able to create for myself in life,” she said, “and I just always felt that’s information that should be shared with the next generation of students.”

Razi is one of a few thousand teachers in California who teach personal finance, a class advocates say is crucial to help students avoid poverty and debt, achieve financial freedom and be an adult in general — yet is not offered in enough schools.

At first, Razi planned to offer one section of the class, maybe to about 40 students. But the class has become so popular that it now has six sections with 220 students, and Razi had to recruit another teacher to teach it.

During a unit on stocks, Ty said he and his classmates created stock portfolios and competed to see who could make the most money in a month.

During a unit on entrepreneurship, Ty worked with a classmate to create a pizza food truck business. Ty called landlords and asked how much they would charge for renting a business space, and he talked with Bank of America to see how much of a business loan he could get.

After studying clips of Shark Tank in class, the two students pitched their food truck idea to their teacher and the San Marcos superintendent, both of whom said they would invest in their project if they were venture capitalists.

In Razi’s class Ty has pre-registered to vote, written a cover letter and resume, and applied for a job as a barista.

“When little kids are talking about how there should be, like, useful classes … this class is that class,” Ty said.

Before taking Razi’s class, Ellie said she wasn’t saving her money. She had been told before that she needs to save, she said, but nobody explained to her why until Razi did.

At one point in class she went through all her spending transactions with Razi and realized she was spending away her paychecks on “random stuff” and restaurants.

“After hearing what (Razi) had to say, it was like a wake-up call to me,” Ellie said, “I may be 17, but I do need to start saving for bigger things in life. If I hadn’t learned that in the class, I would’ve started saving too late or not saving at all.”

Razi also teaches what she calls “life hacks,” things most of her students have not learned because they spend much of their lives on their phones.

She has taught them how to address an envelope, write a check, sew a button, write a thank-you note and sign their name on documents.

“This is gonna sound crazy, but they’ve never practiced a signature, because growing up we used to go with our parents and watch them sign things. But now the kids are at home or on their phones,” Razi said.

Razi said high schools are good at preparing kids for college, but they frequently don’t teach practical life skills like how to manage money and credit.

“You can be very book-smart and very successful academically on a college campus, but once you walk off that campus, do you know how to make sure that you have enough money in your account to pay your bills,” she asked. “Do you know what to look for when picking out a credit card? Do you know what an interest rate is?”

49th in the nation

Personal finance courses aren’t widespread in California in part because the state doesn’t require it as a course for graduation.

Less than 1 percent of California high school students attend a school that requires it, according to Next Generation Personal Finance, a Palo Alto nonprofit that provides a free financial literacy curriculum and teacher training.

That’s why Next Generation ranks California 49th among states in personal finance education.

“In conversations with (California) legislators the response is typically, ‘Well, districts can decide to offer this if they want.’ Clearly this isn’t happening,” said Tim Ranzetta, founder of Next Generation Personal Finance. “Other states seem to believe having an elective is important.”

She said district budget reasons also are likely limiting personal finance class offerings; because it’s an elective in California, it likely gets less priority than classes the state requires for graduation.

For years state officials have taken issue with the claim that they don’t offer enough personal finance education. Financial literacy topics are included in the state’s curriculum framework for economics, a one-semester class that the state does require for high school graduation.

In 2013 state legislators required that financial literacy topics such as budgeting and managing personal credit, student loans and debt be included in the state’s social sciences curriculum framework. A state law passed in 2016 required that more financial literacy topics be included the next time the state revises its social sciences framework, currently scheduled for 2026.

The curriculum framework is a set of guidelines, not requirements, for school districts and charter schools to follow, said Scott Roark, spokesperson for the California Department of Education.

Ellie, who is enrolled in a government/economics course, said it taught her about how government regulates money and other large-scale topics such as inflation, the stock market and the Federal Reserve.

But the class doesn’t talk about money on a personal level.

“They never really get into how it’s going to affect us, which personal finance does,” Ellie said.

State officials have also argued against requiring a personal finance course because, they say, California emphasizes local control, meaning school districts and charter schools have a significant degree of freedom to decide what to teach students.

“Most states will say ‘local control,’ but don’t we decide that math is important enough that every school has to teach four years of math?” Ranzetta asked.

California has not shied away from mandating some courses. Last year, the state made ethnic studies a course requirement for high school graduation.

The Secret to Getting a Better Job After 50

Tue Feb 22 , 2022
Even in a hot hiring market, it is tough for workers over 50 to stay competitive in workplaces that often value youth over experience. The pandemic has been especially hard on older employees seeking to reclaim jobs lost in the early days of lockdowns. Many say they fear that the […] 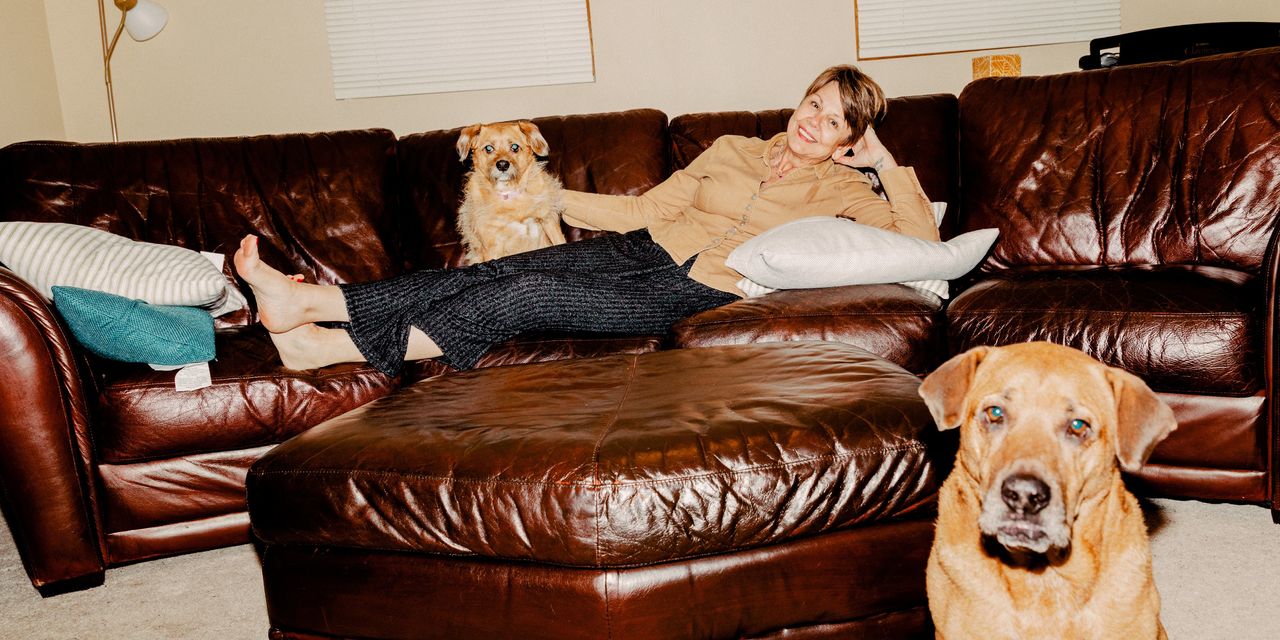