A Markham, Ont., man is struggling to hold on to the home where he’s lived for 15 years after he signed on to a high-interest mortgage with a private lending company that is now pursuing him in court for not making payments.

Mississauga-based Morex Capital initiated court proceedings earlier this year to take control of the home through power of sale, but has since changed tack after CBC News began asking questions about the situation.

The company’s lawyer now says it’s willing to negotiate with 44-year-old Christian Brooks to reduce the amount owing on the $195,000 mortgage that has ballooned to $248,000.

Brooks went to the alternative lender seeking a loan in 2019 because he thought it was his only option.

The freelance graphic designer had a low credit score, bills to pay and a collections agency was after him. Tax returns show his annual income at the time was slightly more than $7,000, excluding savings.

“It was my first time doing something like this,” said Brooks. “It was out of desperation.”

I had no choice but to take it because I was already in financial debt.– Christian Brooks on signing a mortgage with Morex Capital

This type of mortgage — funded by private investors that have pooled money to offer loans in exchange for a return on investment — has become more common in Canada. Borrowers should be aware, it’s often not subject to the same kind of lending conditions as a traditional mortgage offered by a chartered bank.

An acquaintance referred him to Morex Capital, a company that invests in “high yielding, short-term first and second residential Ontario mortgages,” according to its website.

Brooks wasn’t buying the detached bungalow on Cheeseman Drive, it already belonged to his grandmother. Brooks says he was mostly raised by her and has lived alone at the home since she moved to a nursing home several years ago.

He is a joint tenant on the title, meaning he would inherit the property upon his grandmother’s death, and has power of attorney for her property, which he used to sign for her.

According to the mortgage document, the fees included a $29,000 payment to an individual who Brooks says he doesn’t know, an $8,000 administration fee, a $4,000 broker fee and an annual renewal fee of up to $8,000, along with other potential charges for late payments and lawyers in case of default.

“I agreed to it because of the situation I was in,” he said. “I had no choice but to take it because I was already in financial debt.”

He says his goal was to build back his credit, then go to a bank and get a line of credit with a lower interest rate.

Brooks says he made interest-only payments of around $1,700 via pre-authorized debit each month for two years without incident and claims Morex didn’t contact him until June 2021 — two years after the initial agreement — to renew the mortgage.

He signed a mortgage renewal agreement that month, which included $16,000 in renewal fees for 2020 and 2021 to be paid upfront. When Brooks couldn’t pay that much all at once, he says the company allegedly stopped accepting his monthly payments in July 2021 and has refused to cash cheques he subsequently provided.

Morex Capital initiated power-of-sale proceedings in January, seeking to take control of the home and kick Brooks out, according to a statement of claim filed in a Newmarket court.

Morex alleges in the claim that Brooks is in default and he owes $248,950.44 — an amount that includes the mortgage principal, interest, missed payments, late fees, legal costs and a host of other fees. That’s on top of the $40,800 Brooks already paid in interest.

After CBC News reached out to Morex Capital, the company’s lawyer disputed Brook’s claims as inaccurate, but wouldn’t elaborate when asked for specifics. In a subsequent statement, the lawyer said Morex would no longer be pursuing power of sale.

“Regardless of the merits of the case in favour of Morex, Morex is committed to working with Mr. Brooks (and with any of its borrowers) to avoid Power of Sale proceedings and will do what they can to assist borrowers to keep their homes,” Darryl Singer of Diamond & Diamond wrote.

‘Not a normal mortgage’

Toronto real estate lawyers Audrey Loeb and Jonathan Miller of the firm Shibley Righton LLP have taken on Brooks’s case on a pro bono basis. They say some of the mortgage’s terms, how the deal came together and Brooks’s interactions with Morex raise a number of questions.

“This is not a normal mortgage,” said Loeb. “This is a mortgage used in very unusual circumstances where somebody, I believe, is being taken advantage of.”

First of all, Brooks claims Morex referred him to a lawyer to provide him with independent legal representation when signing the mortgage.

“When you get … independent legal advice, which is what [Brooks] needed to have as a borrower, he should have gone to a lawyer who had no connection whatsoever to Morex,” said Loeb. “And if you’re getting referrals from Morex, my view is you have a connection.”

Second, the disclosure-to-borrower form Brooks signed in early June 2019 shows the mortgage principal was originally $185,000. Brooks says it was increased to $195,000 when he went to sign the commitment at the lawyer’s office on June 27, without explanation.

Third, Brooks’s lawyers say Morex Capital hasn’t explained why the person who received $29,000 from the mortgage proceeds was entitled to that payment.

“In the statement of claim, there’s reference to $7,000 in legal fees and then an additional charge of $7,500, which basically amounts to a fee for being required to tell their lawyer that their borrower is in default,” said Miller.

“All in all, there’s probably thirty or forty thousand dollars in amounts that have accrued here that are, in our view, inappropriate.”

Brooks and his lawyers say they are not reneging on the mortgage principal or interest, but are seeking to reduce the amount of fees owing to something more manageable, while avoiding a forced sale of the home.

“I want to pay Morex off to get them off my back,” said Brooks. “When people pay you money, you pay them back. But let’s do it in a civil way where no one gets hurt.”

More Canadians have been shunning banks and credit unions and seeking mortgages from alternative lenders in recent years. At the same time, investors have poured into the industry, hoping to cash in on a real estate market where property values have skyrocketed.

Most of that growth has come from mortgage finance corporations (MFCs), which are financial institutions that typically underwrite and sell insured mortgages to the Big Six banks.

MFCs are subject to many of the same regulations as banks, which impose strict rules about who they can lend to based on income and credit rating.

But mortgage investment corporations (MICs) like Morex Capital, which pool money from private investors to finance customized mortgages, don’t have the same lending constraints. They tend to offer shorter term, interest-only loans at higher rates because they are taking on more risk by lending to riskier clients.

MICs have also seen double-digit growth annually on average for the past 10 years.

On its website, Morex Capital boasts that investors have received a 9.35 per cent annualized return on their investments since the company’s inception in 2012.

Ron Butler, a mortgage broker at Butler Mortgage and a 27-year veteran of the industry, says, in general, alternative lenders are obliged to offer a product that is suitable to clients seeking a mortgage.

Borrowers also have a responsibility to know what kind of mortgage they’re signing, says Butler.

“They should shop around, they should call multiple people, multiple mortgage brokers … and get their own lawyer ahead of time who can give them some advice about what to do and what to look out for,” said Butler. “The real problem that exists today is the public has virtually no awareness of how private mortgages work.”

Tue Apr 12 , 2022
One of Laredo’s advertising agencies won several national accolades for their work in the community and the service they do. And the leaders of the agency stated that advertising is extremely important because it enhances the business community that it represents. Recently, PMDG Marketing Communications — the Laredo company that […] 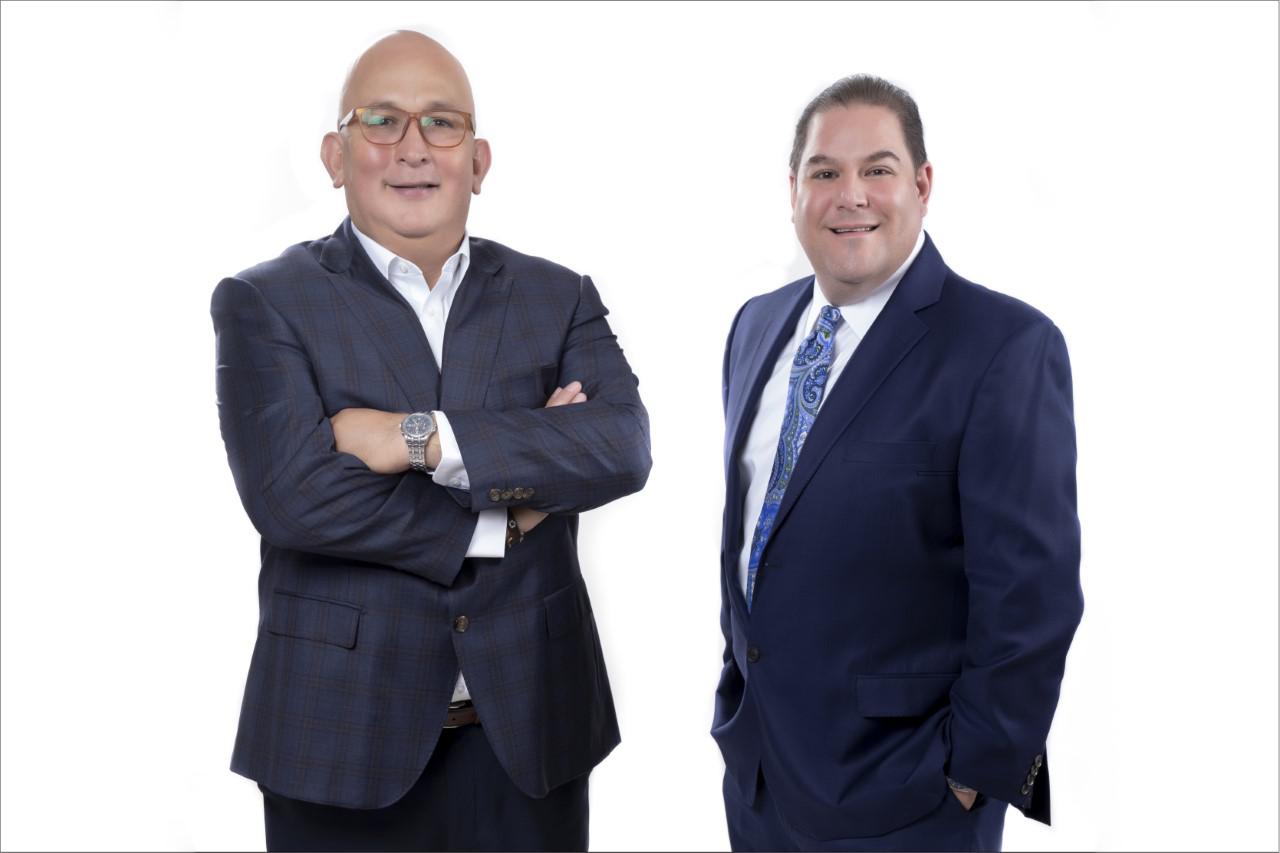