All you needed to know about the decline of Madison Avenue was there to see on Super Bowl Sunday last week. Most commercials made no attempt at selling, and they will not enter the cultural pantheon of Super Bowl commercials the way Apple’s “1984” or Coke’s “Mean Joe Greene” did generations ago.

The herd mentality was on display. The advertising strategy du jour this year was to offer fun or humorous ads. The 2021 Super Bowl focused heavily on social justice and overcoming the COVID-19 pandemic. But despite the hype, U.S. audiences seemed unimpressed by the ads. The ads were boring and failed to take risks. Companies and their advertising agencies are too scared to push the envelope. Some great ads aired 20 years ago would offend four or five different groups today. Being safe or PC is not funny or entertaining.

The other reason for the decline in the quality of advertising across the board is the changing makeup of Madison Avenue. Historically, small, independent agencies were being run by the founder, usually a “creative” type. When the holding companies like WPP and Omnicom started acquiring those independent agencies, and consolidating Madison Avenue, they gradually got rid of the “creative” CEOs. Instead, they installed an MBA from the ranks of their account management department, namely the business side, aka the “suits.” The holding companies were financially oriented, they answer to banks and financiers, and their status as public company makes them inherently more conservative than the privately held independents who were more willing to push the envelope and pursue big ideas.

The holding companies often viewed the creative CEOs of the small agencies that they acquired as unreliable, temperamental “artists.” They put profits ahead of innovation and risk taking, which led to clashes and friction between the divergent cultures.

The notion that creatives are inherently bad businesspeople is just nonsense. Leo Burnett, Ogilvy and Bernbach knew how to run a business, not just write memorable taglines.  Some of the creatives I worked with, like Mary Wells Laurence or Andy Berlin, were brilliant businesspeople who had as much of a business vision for their agencies, as well as a creative imagination.

The change from creatives to MBAs damaged the emphasis on creativity on Madison Avenue. “Creative” is not a department. It’s a culture. It needs to be fundamental to everything the agency does. And culture reflects leadership’s values. The ascent of the MBAs meant more emphasis on cost and profit and more weight given to relationship management over creativity.

Perhaps some start recognizing that a change is needed. Philippe Krakowsky, the newly installed CEO of Interpublic, just elevated Susan Credle, the chief creative officer of one of Interpublic’s main agencies, FCB, to global chair of the agency. Credle becomes the second “creative” type who in the last few months to head a top global ad network (David Droga, who runs Accenture Interactive, is the other.)

The growing creative mediocrity of the major legacy agencies is an opportunity for newly formed boutiques agencies, founded by creative directors who tired of bigger agencies, where risk-taking, and creativity, are often stifled. Agencies such as Gut and The David Agency in Miami, Erich & Kallman, Barrett and Cutwater in San Francisco, Highdive in Chicago, Lightening Orchard, We Believers, Joan and Mischief in New York, Preacher and CALLEN in Austin, Fred & Farid and Cartwright in LA, Art & Letters in Richmond and Opinionated on Portland. And more.

These smaller agencies are fast, good and cheap. These days, two out of three is not good enough. They are likely to seek riskier, more inspiring ideas. In advertising, not taking a risk is the biggest risk of all.

By and large, the management “suits” that run Madison Avenue failed to deliver the work clients need, or to attract the people to do it. As the quality of the work got worse, clients began cutting fees, shifting work in-house and changing from AOR agencies to project work.

The way to regain client trust and respect is to deliver better work. To do so, we must reset the agency leadership pyramid on its head. Agencies need to go back to appointing creative people as CEOs. I believe that creatives with the right skills, are capable of leading an agency or, have at least an equal voice in determining the future of individual agencies and the industry at large.

Agencies are in the business to make money, like all businesses. The question is how. By focusing on the craft, creating advertising that clients want and need and would pay more for it, or by cutting cost. 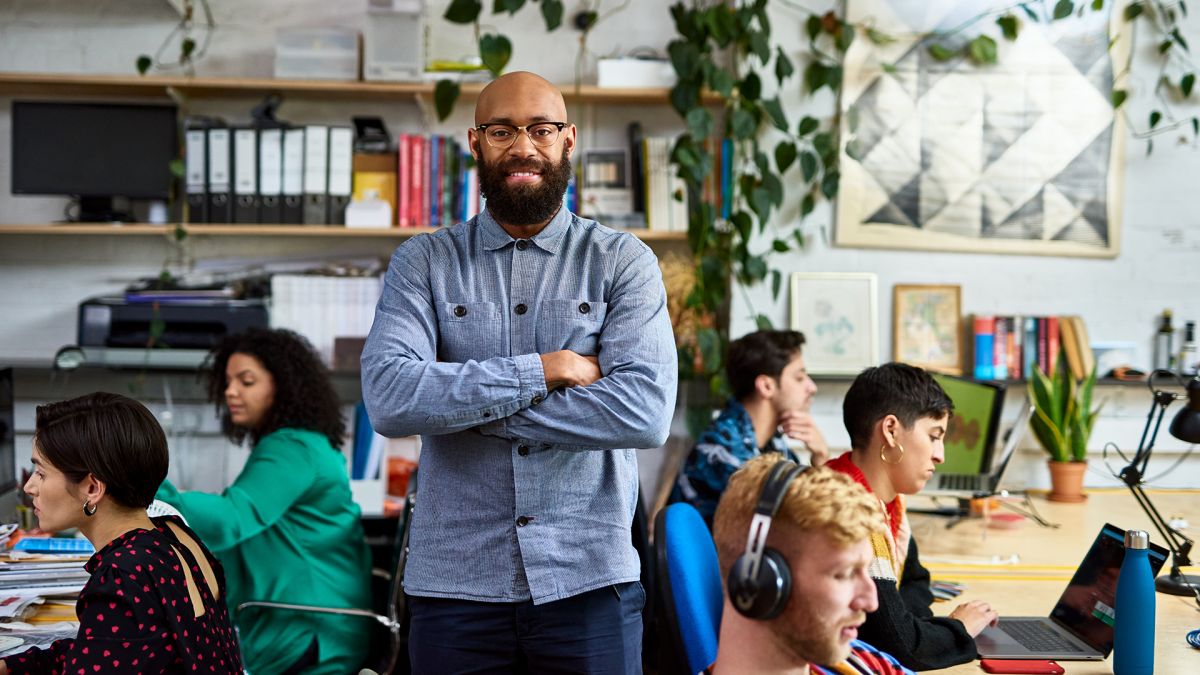