TRG — formerly known as The Richards Group — is relocating from its office in Uptown.

DALLAS — This story originally appeared in the Dallas Business Journal.

Dallas-based advertising agency TRG announced last week that it has relocated its headquarters and signed a long-term lease at The Stack Deep Ellum, according to a news release.

The lease is for approximately 101,808 square feet in the building over multiple floors. TRG — formerly known as The Richards Group — is relocating from its office in Uptown.

“TRG is a Dallas agency through and through, and we chose earlier this year to build on our successful refresh in 2021 by joining The Stack Deep Ellum,” TRG CEO Glenn Dady said in the release. “The neighborhood’s energy and the excitement of the surrounding thriving businesses in the heart of the city we love make it the perfect place to continue growing creatively, in a unique space that puts us at the forefront of the advertising landscape. We’re thrilled to move to our new home early next year.”

The agreement also secures the remainder of the available space in the building.

“We are thrilled to welcome TRG to The Stack,” Hines Senior Managing Director Ben Brewer said in the release. “Everything from the selection of on-site art to the wellness-focused amenities was imagined to foster collaboration and innovation for the next-gen workforce. We look forward to seeing TRG’s bright future unfold in this new space.”

During lease negotiations, TRG was represented by Robert Blount and Andy Leatherman of JLL, and ALT+CO represented the Stack.

“We are excited to announce that The Stack is 100% leased less than a year following its opening in May 2021,” Westdale President Joe Beard said in the release. “The project’s connectivity-centric spaces coupled with an unmatched location in one of the city’s most authentic and energetic neighborhoods create a true community, and TRG will be a dynamic addition to the building and the area.”

The Stack Deep Ellum is a joint venture between Westdale Real Estate Investment and Management, Ivanhoé Cambridge and Hines.

“TRG’s addition to The Stack Deep Ellum, bringing the project to 100% leased, is an extraordinary milestone given the unprecedented challenges the pandemic created,” said Charlie Musgrave, Senior Director, Office Leasing at Ivanhoé Cambridge. “We believe this proves that the project’s community-centric and highly experiential offering speaks to Dallas’ top tenants and our shared vision that an engaging workspace continues to be relevant to fuel talent engagement, retention and development.”

Amid Sanctions, Putin Reminds the World of His Own Economic Weapons

Sun Apr 3 , 2022
LONDON — In the five weeks since Russia invaded Ukraine, the United States, the European Union and their allies began an economic counteroffensive that has cut off Russia’s access to hundreds of billions of dollars of its own money and halted a large chunk of its international commerce. More than […] 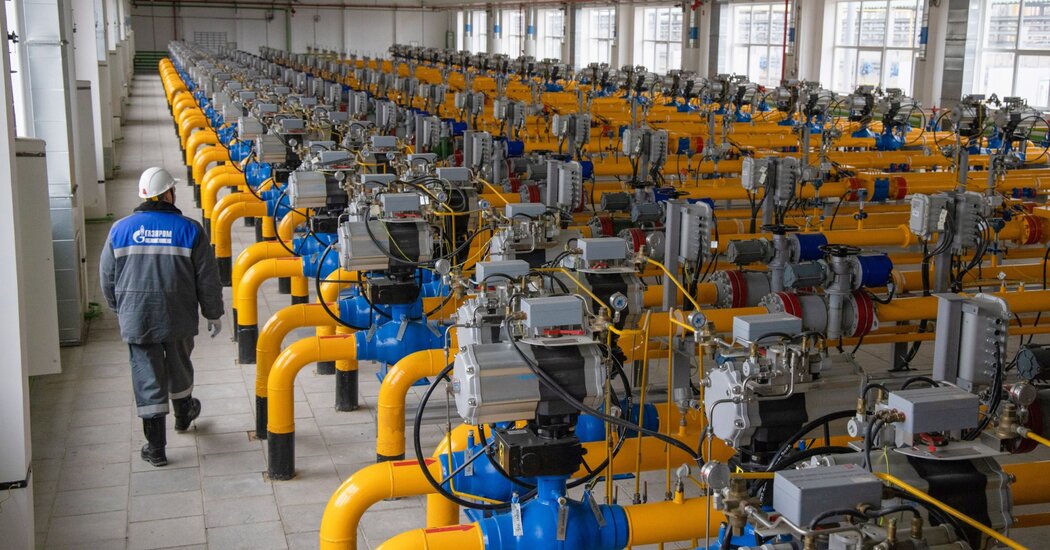