The campaign, which marks International Women’s Day today, centres on the ‘Break The Bias’ theme for this year’s event and invites all of us to simply think of someone in the role of, among others, a CEO, a nurse or a makeup artist. And then asks gently whether is it a man or a woman.

“For all the progress made, it’s shocking to see how deeply entrenched views can still be about women and men’s roles,” says Helen James, managing director at CPB London. “And when these are views held by our children – our future – that tells us we have so much work yet to do to create a world where your gender makes no difference to what you can achieve.”

The creative by CPB will run across the UK from today through a combination of donated media across social platforms, display, out of home, and cinema with official supporters including Creative Equals, Goodstuff, Assembly and Open Media. It’s hoped the campaign will spark productive conversation for International Women’s Week and beyond.

The Imagine theme also carries through into a children’s colouring book by CPB London. On each page, youngsters are asked to “draw what you imagine when you read the headline” to prompt a conversation at home about gender roles. Helen adds: “The idea is that there are no right or wrong drawings – just insight into our assumptions about gender roles. We all have unconscious bias, and the only way to change that is to question, and to get people talking.”

The colouring book is available for purchase at cpblondon.com, with all money raised going to build a better, more diverse future via Beyond Equality and Young Women’s Trust.

Other findings from the study conducted by CPB also revealed that 45 per cent of the 5 to 11 year-olds polled believe that nurses are always women, while 22 per cent said a doctor was likely to be a man. Two-thirds think that being a plumber or electrician is a man’s job while almost half of the boys and girls surveyed said that men always make better engineers.

Yet the survey also found that the overwhelming majority of kids today agree that children should grow up to be whatever they want (94 per cent), while 82 per cent believe that boys and girls can be just as good at the same things if they try.

Parents of primary school kids were polled at the same time, with results showing that three in ten (29 per cent) have had to explain to their child that men and women can do the same jobs. Meanwhile, nearly a third of the 1,000 parents polled admitted there have been plenty of times when their son or daughter has expressed beliefs that reinforce harmful, old fashioned stereotypes around men and women.

Argonne leaders reflect on how mentors, education and advice helped to change their career trajectories

Thu Mar 10 , 2022
Newswise — Argonne leaders mark Women’s History Month by reflecting on how the glass ceiling began to crack and they helped to boost each other up in the national lab system. When Bev Hartline was the deputy lab director at the U.S. Department of Energy’s (DOE) Argonne National Laboratory in […] 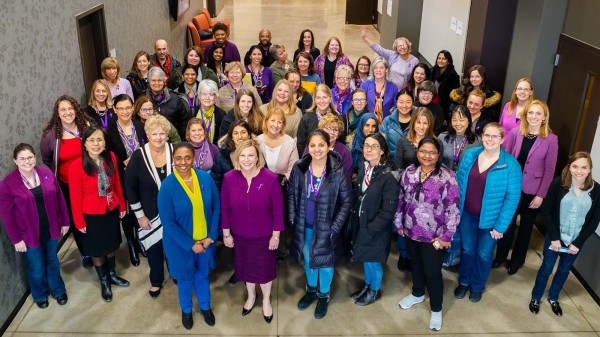